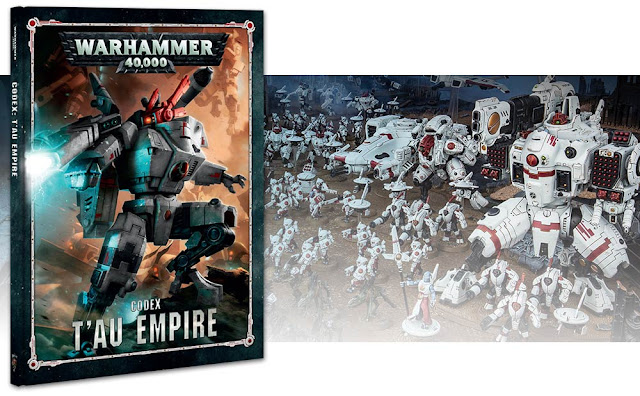 March is going to be a big month...... from the Tau codex, Genestealer Cult Gangs, and even some new terrain sets. Really looking forward to this, after what felt like a very slow February.


via the Warhammer Community
https://www.warhammer-community.com/2018/02/23/coming-march-blood-snakes-battlesuitsgw-homepage-post-4fw-homepage-post-2/


Here’s a quick round-up of the big things we’re looking forward to in the month ahead. 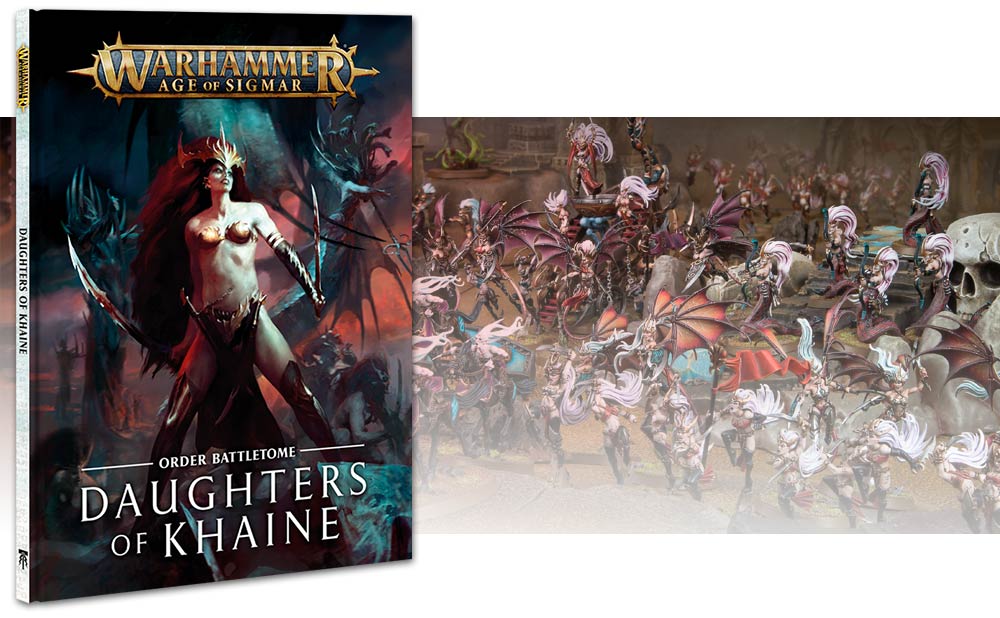 Followers of Warhammer Age of Sigmar have been eager for a long time to see more aelves on the battlefields of the Mortal Realms. This March, they are arriving in force. The Daughters of Khaine represent an exciting development in the story of the Mortal Realms. Not only do we see an iconic faction, boasting some absolutely astounding models, released as a full army for the first time, we also get see the return of one of Warhammer’s most iconic characters – Morathi.
We’ve already seen quite a lot of what to expect from this new army in this week’s preview series, and we know you guys are pretty excited.
The wait is almost over and you can pre-order this new battletome, along with the incredible new Morathi mode, tomorrow – ready to pick up in stores the first weekend of March.
For the rest of you Warhammer Age of Sigmar fans, we haven’t forgotten about you either. As well as the continuation of the global Dread Solstice campaign, you can look forward to some new battlefield scenery, with some new sets designed to make creating your own battlefield easier than ever. 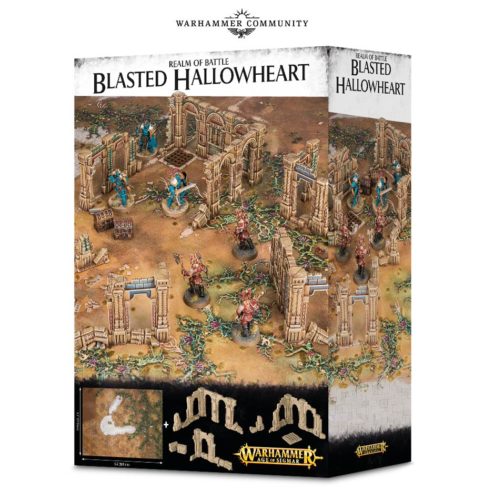 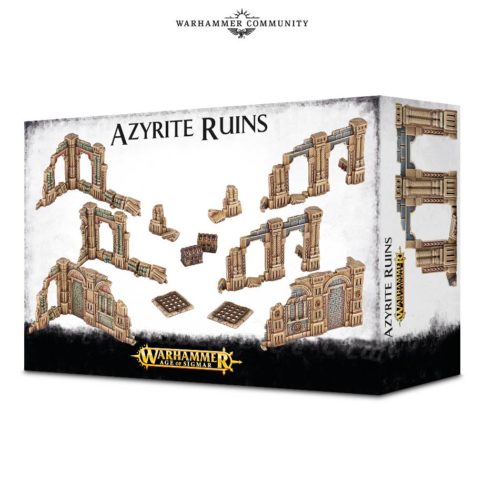 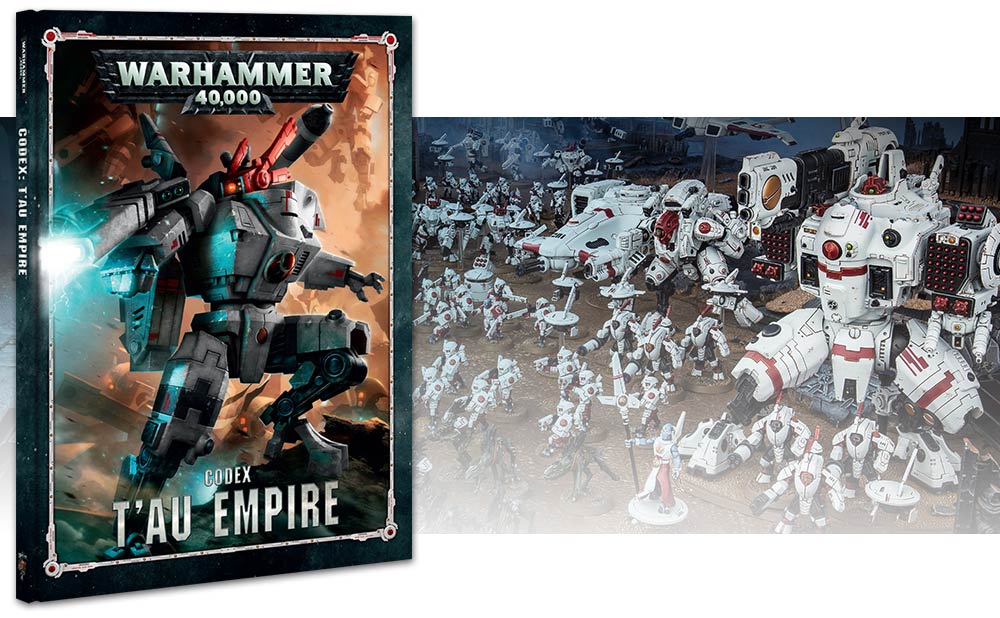 The forces of the Greater Good embark on their great Fifth Sphere Expansion* this March.
The new Codex: T’au Empire is big news for any fans of the Greater Good for a host of reasons. We’re particularly excited by the prospect of having army-wide sept rules for the very first time – with the option to build your collection around a force from one of the empire’s five most famous worlds, or even have them represent the forces of the renegade Farsight Enclaves.
Don’t you worry, we’ll have loads more details on what this new codex means for your army very soon. 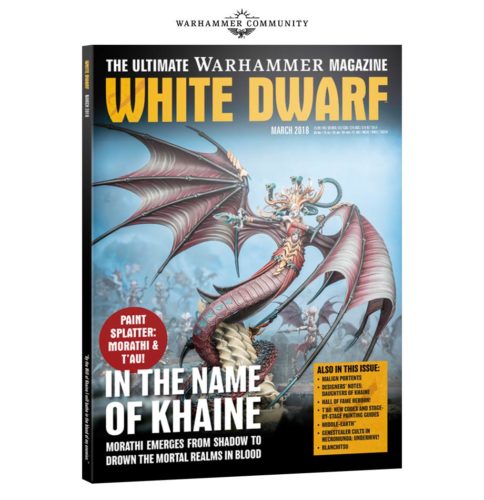 Which so much great stuff planned for March, this month’s White Dwarf is packed. Not only is there in-depth coverage of all the above releases, there is also a host of extra content to sink your teeth into.
Necromunda fans, in particular, will not want to miss this issue, as it includes gang rules for including the insidious Genestealer Cults in your games. A great excuse to use some of Warhammer 40,000’s most insidious models in your underhive skirmishes. (As if the underhive weren’t dangerous enough with just human gangs to worry about!) 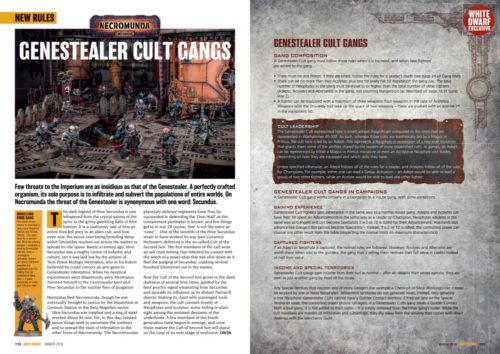 Elsewhere, the Daughters of Khaine take on the Legions of Nagash, as the latest two battletomes go head-to-head in an epic Battle Report. Who are you rooting for? The army of fanatical blood-frenzied zealots who follow the god of murder and war, or the bad guys? 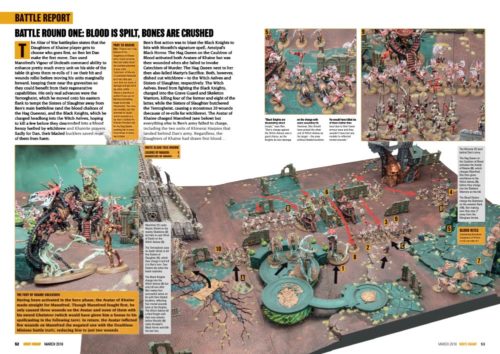 Add in all the usual features, including the latest instalment in the Tale of Four Warlords and a new-look Hall of Fame in which the minds behind your models discuss in-depth what makes a truly great Citadel miniature, and it’s shaping up to be an unmissable issue, as usual. Be sure to order your copy now, or grab the combined subscription so you can have it delivered to your dataslate as soon as it’s ready to read.
Pre-order your copy of White Dwarf tomorrow, alongside Morathi and Battletome: Daughters of Khaine, from the Games Workshop webstore.