Tactical Objectives and the Watcher 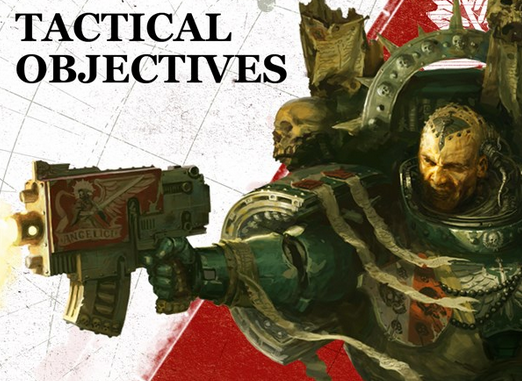 Digital Tactical Objectives and a short story titled The Watcher make up day 24 of the Advent Calendar for Games Workshop and the Black Library. 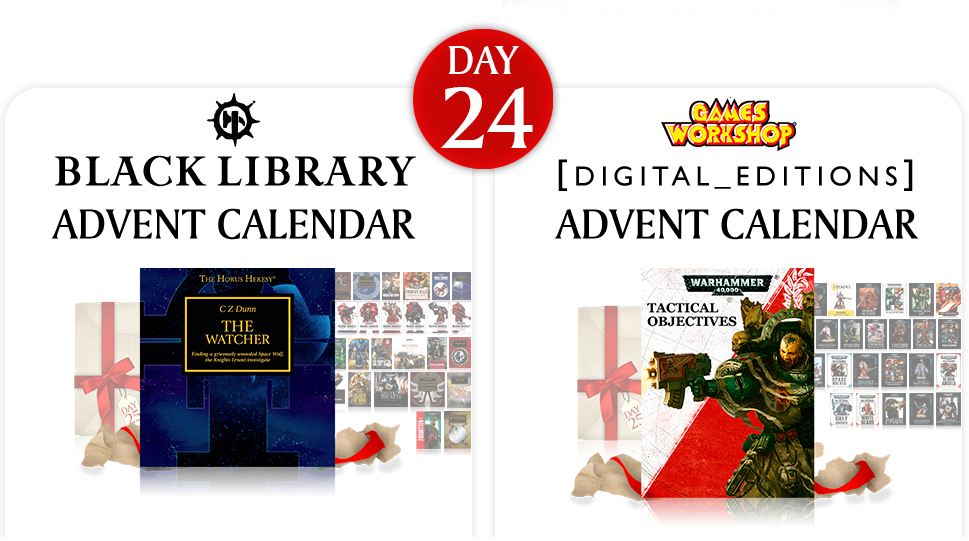 WARHAMMER 40,000 TACTICAL OBJECTIVES (EBOOK) $ 4.99
Objective identified, moving to secure...
Amid the madness of battle, priorities can change by the second as commanders struggle to second-guess one another's plans and manoeuvre to defeat them. On the ground, warriors advance to seize crucial objectives, switch fire-priorities to bring down vital targets, and bellow orders into their comms as they fight to claim victory amid the shifting tides of battle.
Data Reference
An e-pub version of the full tactical objectives deck, this product is an excellent reference tool for any Warhammer 40,000 player, detailing the tactical objectives used in Maelstrom of War missions

THE WATCHER (MP3) $ 9.99
THE STORY
A shuttle returns to the Solar System bearing the sole survivor of a traitor attack – however, delirious and so close to death, his tale remains untold. Ison of the Knights Errant, formerly a Librarian of his Legion, delves into the mind of the warrior, and the truth of it will chill him to the core...

LISTEN TO IT BECAUSE
The Space Wolves once fancied themselves guardians over all Legions. Find out what happened to those sent to watch over the Night Haunter. Suffice to say, the Lord of the VIII Legion does not take well to guard dogs...