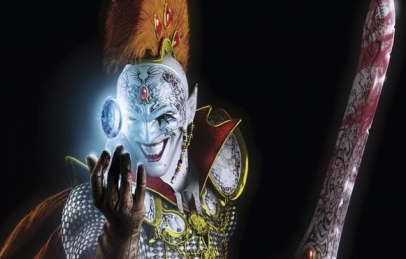 Christmas is over, and its time to focus down and start looking ahead. We know that Necrons are rumored to be released on January 31st, and there has been mentioned before that there will be a surprise codex release early this year. Harlequins?

Please remember that this is a rumor. Definitely apply some salt as normal, but it would be a very cool release. I still have some rogue trader harlequins sitting around here somewhere.

via Darnok's Birdy on Warseer
After that come.... Harlequins. Multiple plastic kits and clams over several weeks I think including new jetbike riding ones, is there a current or old name for them? These are called sky weaver.
Unless there is anything big I’m unaware of this Should be hitting February, or March at the latest.
12/26/2014
Natfka
40k, 7th Edition, Eldar, News Headlines, Rumors, Warhammer 40k