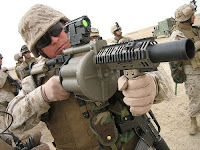 Number two in a series of list building. Class 101 was pretty simple, making sure all your units had a job or purpose on the field of battle. This gets a little more complex that unit function. Once you actually have a list started, its time to see if the thing looks and feels cohesive. This can be quite difficult until you get some games under your belt.

The units should function well with each other. An example of this would be 3-4 infantry platoons with autocannons combined, and given orders to break light armor. Working in conjuction with them, would be artillery or leman russ's with large templates (even 2 hell hounds works here) to eliminate whatever comes out of that transport your other squad just blew up. One of the few times someone has actually done this to me..... was a few games back, and it was terrifying to see my untouched squad lose their transport, and then to lose every single man that survived the wreckage moments later. This is very effective at breaking your opponents morale.
There are lots of combinations, and units that work well together. I am not going to list them all out here becuase that is the fun of list building, discovering new and exciting ways to kill your opponent. It is one more thing that should be taken seriously into account when making your list. Having a cohesive army, will also bring about a balanced list, generally able to take on any armies that happen to come along for the fun. A well balanced, cohesive list are the most difficult to beat on the battlefield.
3/20/2010
Natfka
List Building