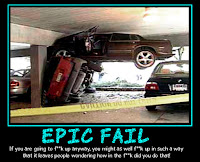 In the previous articles, we've discussed purpose (a units job), and cohesiveness (units working together/ combos). Together these two things make a good list, although most players will stop here. Identifying people that only analyze their lists with one or both of these is pretty easy. They are the armies that often fail to work. Assault squads that never make assault, close range shooting squads that never get close, and long range firepower that gets assaulted right off the bat, and never gets to fire or kill their targets.
Efficiency is looked at a couple ways. The first and more important, is how many rounds a game are they going to function. A unit that is able to fill their roll for 4-6 rounds in a game is impressive and efficient. While one that simple does its job for a single round or two is practically worthless.
Example. You have an awesome assault squad or two in your list. Their job is to assault enemy positions and wipe them out. However game after game, you know they will kill their targets if they can reach them, but they never seem to get into combat until round 3 or 4. This unit falls into 2-3 rounds of use on average. In a 5 round game, which is an inefficient units worst nightmare, the unit only gets 1-2 rounds of action. Obviously something needs to change, the unit is not very efficient game wise.
The next thing we look at is point efficiency. If the above squad is 400 points, only getting 1-3 rounds of use, we have a serious problem with this squad. Especially if in most games its not getting much use. At 100 points, it might be worth it, although their job might need to be altered, transport changed, etc....
So lets look at a unit that most people think is generally worthless, yet I have come to think just recently otherwise. Chosen in the Chaos codex. Coming from 3rd edition, I had two heavy options for 5 guys and could infiltrate like now. I was very dissapointed in how these squads were changed, being 1 single heavy weapon per 10 guys. Being Nightlords, my army was based on this unit, and being able to take 9 squads of them.
It took me awhile to figure out how to use these new units. Infiltrating a squad of 10 with 1 autocannon along with 4 plasma guns at just over 18 inches from your opponent opened up a new light for me. With your choice of terrain to jump into, youve now got 4+ cover saves for a squad that should be able to break light armor, or heavier armor if you side shots are available (predators, vindicators...). Take two of these squads to insure that you can set up on opposite flanks and guarentee some side armor shots. Then if you are charged or units dont reach you immediately, you simply lay down a hail of rapid fire plasma, an autocannon and 5 bolters. Give this squad Chaos Glory, and you are neigh unbreakable (leadership 10 with a re-roll). Not to mention the unit costs 230 pts, and will pull away shots from your more vaulable troop choices that can go and claim objectives.
Round 1. Fire 6 str 7 shots BS4 into side armor/light armor/ MC's per chosen squad. 4 hits, 2 pens, 1 glance, 1 which doesnt pen vs armor 11. Very close to a statistical kill on armor, and probably getting kills, or stopping those transports where they sit. Something like this is definetly something the community has not worked into their lists, and yet is how they should be played. Efficient, handles multiple roles, and gives your other units a chance to shine, becuase they must be dealt with by opponents. All thats left is making them work within your army. A couple templates possibly from defilers, vindicators? to blow up those troops that get out of those blown up transports. Possibly Daemon Princes with lash, pulling them across the board to be assaulted or into rapid fire range?
Efficiency...... Dont leave home without it.
3/24/2010
Natfka
List Building