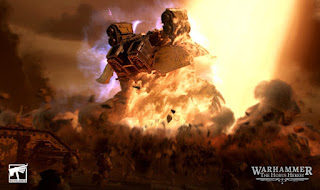 This really is an amazing trailer and everything you wanted out of one for the Horus Heresy!!!!
Don't forget to see the Beakie Marine preview and more.
via WarCom
We can confirm that an incredible new edition of Warhammer: The Horus Heresy is coming out later this year, and we can’t wait to show you more of it. As we build up to the launch, you can expect our remembrancers to bring you a closer look at exactly what makes this game so special, starting with information on the new edition’s miniatures every Thursday throughout April. Expect a spotlight on key units from Warhammer: The Horus Heresy, as well as more reveals of as-yet unseen models.
Eagle-eyed viewers may have already noticed a new logo at the end of the Ka’bandha reveal video at the Las Vegas Open, and on the boxes for Fafnir Rann and Dominion Zephon. Now, it’s time to take it from easter egg to pride of place.
We’ve seen the logo, but what’s the game itself going to be like? The new edition builds on the systems you know and love from your battles in the Age of Darkness. Just as before, it’s based on the classic 7th edition rules for Warhammer 40,000, but the team have made a raft of changes and improvements to ensure that your Heresy-era battles are better than ever. What changes, you ask? We’ll be delving into the rules right here on Warhammer Community a little closer to the new edition’s launch. 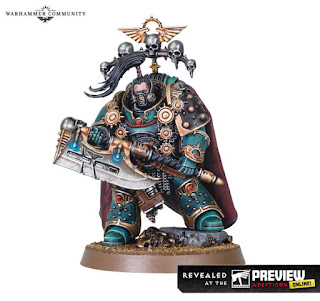 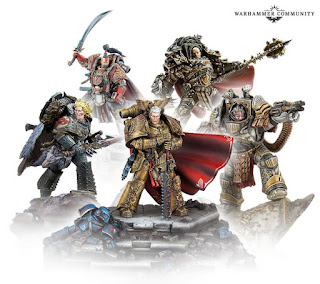 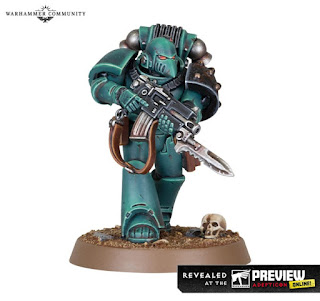 Of course, a new edition of Horus Heresy needs more than just an incredible trailer and logo – it requires some new miniatures. The heart of any good Horus Heresy army is its Legion Tactical Squads, and we have some good news for fans of Warhammer 40,000 and the Age of Darkness – beakie marines are back!
This might not be the first time we’ve seen Mark VI power armour in plastic (that would have been the first ever plastic kit for Warhammer 40,000 – RTB01), but this brings them up to date with the Mark III and Mark IV kits with LOADS of options.
For Warhammer fans of a certain age, this release hits right in the nostalgia – THE beakie marine, back in plastic, now in a detailed and flexible kit. Even if you’re not quite long enough in the tooth to have memories of Rogue Trader, these miniatures are an amazing representation of the dread Legions of the Age of Darkness.
Of course, you’ll need someone to lead them into battle – say hello to a plastic Praetor.
Praetors are mighty warriors and can represent Lord Commanders, Jarls, Khans, and more, depending on your Legion. As with the Tactical Marine, the Praetor is Legion-agnostic, meaning you can easily use them in your favourite Legion – simply paint them as you want, and you’re good to go.
The Praetors are some of the first kits moving to plastic, making the game more approachable than ever before. If you’re a fan of the lore or the Horus Heresy series from Black Library, but you’re not so familiar with advanced resin kits, this is the edition of the game you’ve been waiting for. Both miniatures will be in the launch set for the new edition, on which we’ll have more details coming very soon…
In fact, now is the perfect time to get started with The Horus Heresy. While many general kits in the range will be moving to plastic, there aren’t currently any such plans for the Legion-specific units or Primarchs. So, if you haven’t yet picked a side, you could do worse than collecting your chosen Primarch or other mighty hero in anticipation of a plastic Legion for them to lead.
If you’re anything like us, the Horus Heresy cinematic and the return of the original plastic Space Marine kit  blew your socks off. Make sure you pop them back on before checking out everything else we’ve shown off at AdeptiCon.
3/23/2022
Natfka
Horus Heresy