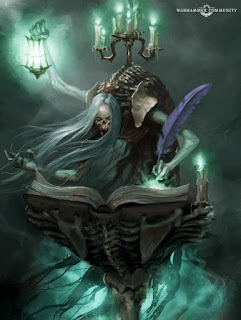 A very nice looking miniature the Scriptor Mortis and will be available in the upcoming boxset Arena of Shades.
via WarCom
https://www.warhammer-community.com/2022/03/18/heres-how-to-write-the-story-of-your-opponents-doom-with-the-scriptor-mortis-from-arena-of-shades/ 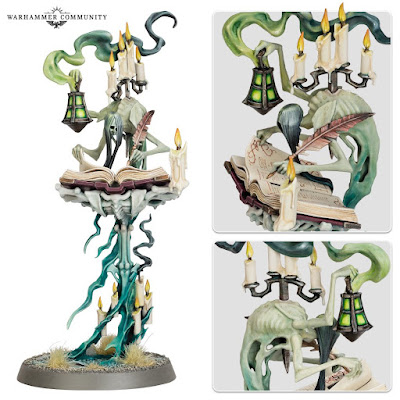 Once members of an order called the Scriptors Auris, these brave historians pursued lore and chronicled the heroic deeds and works of Sigmar. That happened to include the tale of how the God-King freed Nagash from his tomb. The Great Necromancer didn’t really care for their version of the story, so when their souls eventually came to him, he had a special punishment prepared.
Twisted into the Scriptors Mortis, they’re now compelled to extol nothing but the virtues of their master’s grand necrotopia. If a story doesn’t quite show their lord in the best light, they simply revise it, embellishing the tale until it pleases the resentful God of Undeath.
Not only do the Scriptors Mortis record the deeds of the dead, they’re also empowered to doom the souls of the living. If they learn a mortal’s true name, it’s only a matter of time before the Scriptor writes the last chapter in the victim’s story. 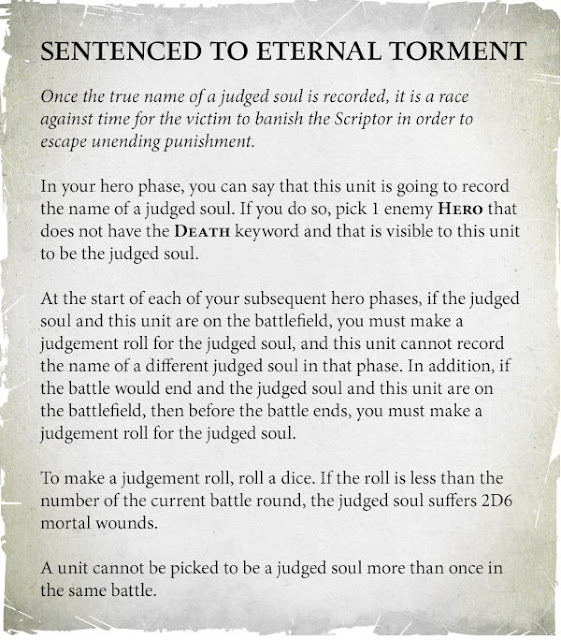