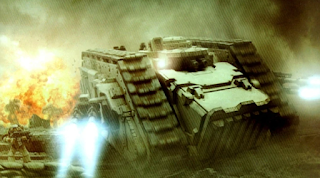 Additional information from yesterday's release leaks for the Horus Heresy include information on codex books, Forgeworld weapon packs etc.
Update- Please note there was a correction from the source which is in bold below. Essentially it was MkIII armour not MkII armour.
via very solid sources on Faeit 212
Spartan and Deimos Rhino based Vehicles will have options to build the Crew
with different armours (MkIII and MkVI).
Those Compilation Books are a stop-gap for more Expansion releases with new
Unit options.
There exist plans for separate codex books for EVERY Space Marine Legion
which will released over the next years.
GW doesn't plan a 3 years Edition life time for Horus Heresy.
FW weapon packs for special and heavy weapons will sold regularly via the GW
main shop after the release of HH as a new main game.
This is another test run to sell FW stuff via GW.
They plan to release certain smaller model parts which can be produced fast
and with lesser risk of miscasts.