Dark Angel Leaks: Rumors for Ritual of the Damned 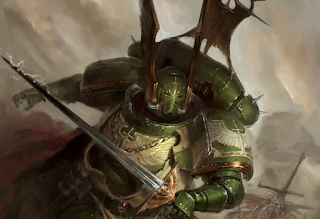 This was listed out and discussed on a video and I have a rundown of it that I thought I would share.

Doctrine kicker: While in Devastator Doctrine, Heavy and Rapid Fire weapons get +6" range, Assault and Pistol weapons get +3" range

RW Warlord Traits:
1. RW units within 6" move and fire heavy at no penalty and Advance and fire Assault at no penalty
2. Once per battle at start of round, select an inactive Doctrine, RW units within 6" may use that instead of the active
3. Start of first round, Warlord and one other RW unit may move up to 12", no Advance, must stay outside of 9"