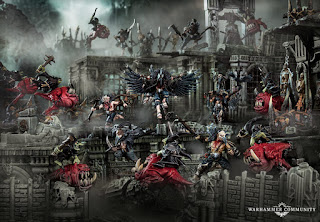 The Corvus Cabal warband is up next for previews from Games Workshop. This one has some excellent miniatures and is a great theme. So how do the rules look? Lets take a look.

via the Warhammer Community
https://www.warhammer-community.com/2019/08/06/warband-focus-corvus-cabalgw-homepage-post-4/

What’s that in the skies? Why, it’s a cabal of crow-themed murderers here to kill you for the Dark Gods, of course! In today’s Warband Focus, we’re looking at Ulgu’s premier animal-themed cosplayers/slaughter cultists – the Corvus Cabal! Read on for tactical tips, lore and more…

Hailing from the Realm of Shadow, the Corvus Cabal are masters of ambush and assassination who worship an aspect of Chaos that they call the Great Gatherer. They honour this foul deity through deadly hunts, stealing treasures from the corpses of their victims. Believing Archaon to be an avatar of the Gatherer, they seek to gain the favour of the Grand Marshal of the Apocalypse, and thus please their mysterious god… 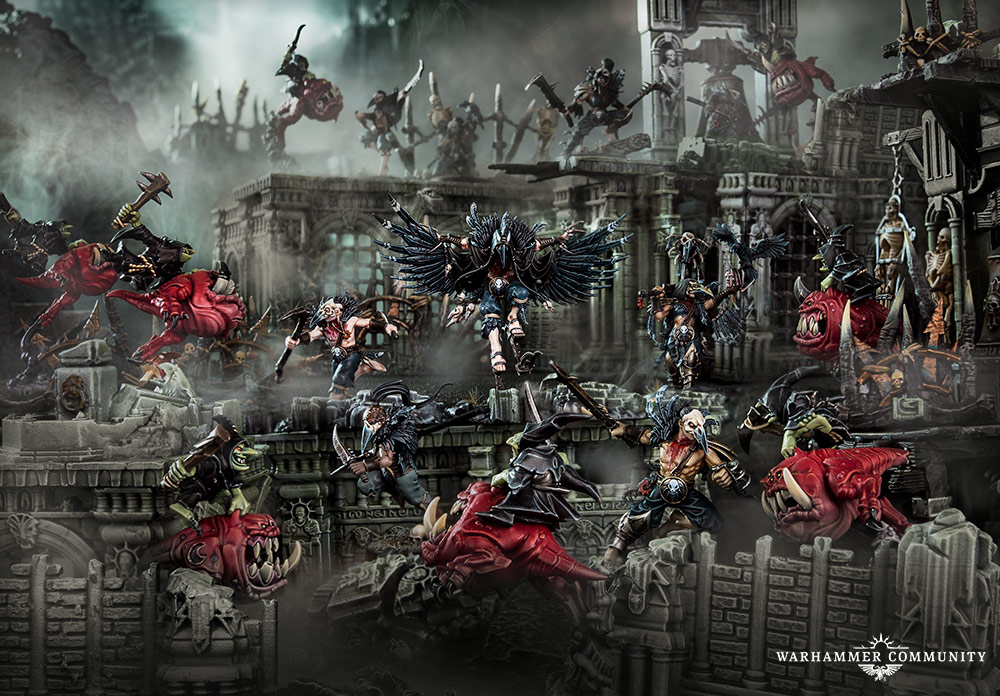 Nobody moves quite like the Corvus Cabal! As well as possessing great Move values, they have all manner of nifty abilities that allow them to scale walls, leap cover and make lethal attacks from above.

With a variety of attacks and good characteristics across the board, the Corvus Cabal aren’t locked into any one play style, allowing you to pick your strategy based on the weaknesses of your particular prey.

They’ve got ASTOUNDING TASTE IN HEADGEAR

Warcry is a showcase of incredible hats – from the serpentine helms worn by the Splintered Fang to the fancy headpieces worn by the Cypher Lords. For our money though, the Corvus Cabal take the crown with their awesome bird-skull masks. 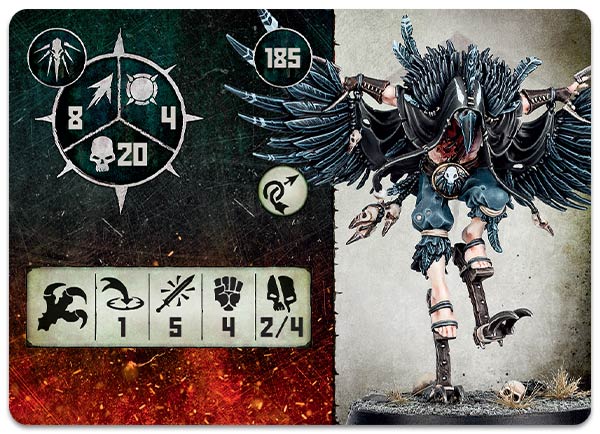 Fast, cunning and capable of striking from pretty much anywhere – the Shrike Talon is one of Warcry’s best champions. This fighter is perfect for stalking the edges of the board and picking off weaker enemies, using their high Move to dash behind shield walls and bulkier fighters to pick off key ranged units or leaders. 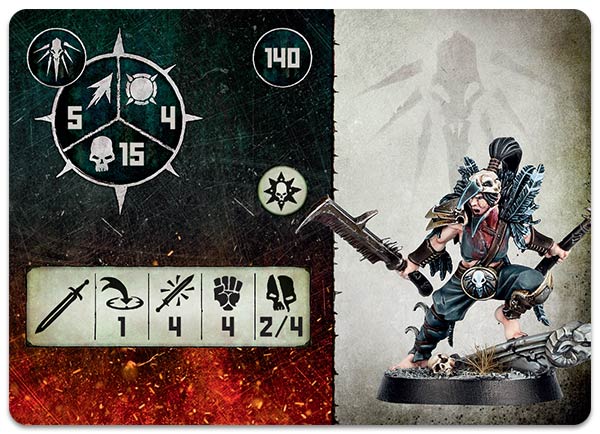 The Spire Stalkers are classic jacks of all trades – solid fighters with great characteristics who you can never really have enough of! Capable of inflicting reliable damage and possessing decent defensive characteristics, you’ll want to use a couple of them to pick off weaker fighters and to distract your foe while deadlier fighters, like the Shrike Talon, do their gory work.

One of the strongest abilities in the repertoire of the Corvus Cabal, Grisly Trophy can make for some dazzling shifts in momentum in your favour. Keep your fighters close to your leader and you’ll be able to maximise their offensive output.

Available to the Shrike Talon, Swooping Attack rewards you for some careful positioning with a free move action and attack action. Find some high ground, then use this ability to swoop down and slaughter your chosen foe!