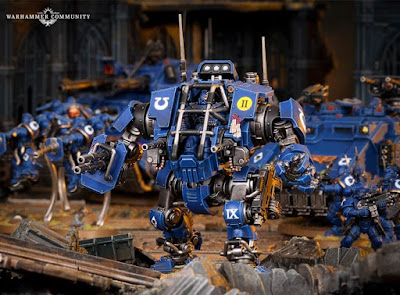 
via the Warhammer Community
https://www.warhammer-community.com/2019/08/14/space-marines-invictory-will-be-yours/

So, we’ve established that an Invictor Tactical Warsuit is made of purest win,* but what will it do for your army? Let’s check out what you’ll be working with…
Belisarius Cawl designed the Tactical Warsuit from a stripped-down Redemptor Dreadnought chassis. In practice, this translates as a beefy profile that can take a real beating before its characteristics begin to degrade – and even then, it’s still a significant threat.

Unlike the dedicated Dreadnought-class walkers, the Invictor Tactical Warsuit wasn’t created merely to act as a bulwark, providing its battle-brothers with heavy fire support or a devastating melee presence.** The use of lightweight, sound-dampening materials combined with the Invictor’s streamlined design allows for increased speed and relatively stealthy movement, making it the perfect war machine to accompany Vanguard strike forces on covert missions. On the battlefield, this grants the Invictor an agile starting Move characteristic of 10″, as well as the ability to set up in a forward position.

Even without its primary armaments, the Invictor Tactical Warsuit can cut down waves of lightly armoured targets with ease. Between them, its fragstorm grenade launcher, two ironhail heavy stubbers and heavy bolter ‘sidearm’ (which it can shoot like a Pistol to blow away enemies within 1″ of it!) fire a total of 10-15 shots per turn! By equipping your glorious war machine with an incendium cannon, you can augment this damage output even further by hosing your enemies down with liquid fire – preferably while screaming ‘PROMETHIUM DEEEAAATH!’ In fact, an incendium cannon alone has the potential to match the firepower of a Devastator Squad armed with four heavy bolters – and it hits automatically!

With a 12″ range, by setting up with Concealed Position, you’ll be burning bad guys from turn 1. There’s also no safe distance to charge an incendium cannon-toting Invictor from, as it will always be in range of the charging unit!***
Alternatively, if you’re looking to support your forces with some armour-busting firepower, arm your Invictor with a twin ironhail autocannon, which can dish out up to 12 Damage in a single, fearsome volley.

Enemy Transport Vehicles and Walkers will be shredded in short order by such firepower, but against high-Toughness or more heavily armoured targets, even your Invictor’s ironhail autocannon may not be enough. This is where your Invictor fist comes in! With the ability to set up much closer to the enemy thanks to Concealed Position, your Tactical Warsuit can use its 10″ Move to be right on top of your enemy before you even open fire. Soften up your prey with your Invictor’s autocannon, then charge in to finish it off with a total of five Attacks in combat (yay, Shock Assault)!

If you really want to put the fear of the Emperor into the heart of your opponent (via the medium of an Invictor fist through the chest!), field two, or even three, of these multipurpose war machines in a Concealed Position on one flank. From there, you’ll be able to launch a devastating attack on enemy lines as a group of menacing, turn-1-charging war machines. If you do, consider adding in a unit or two of Suppressors to shut down enemy Overwatch with their accelerator autocannons before your Invictors crash home to obliterate the survivors. This strategy will be especially effective in conjunction with certain Chapter Tactics, such as those of the White Scars (Advance and charge), Black Templars (re-roll charge rolls) and Space Wolves (+1 to hit with five Attacks). 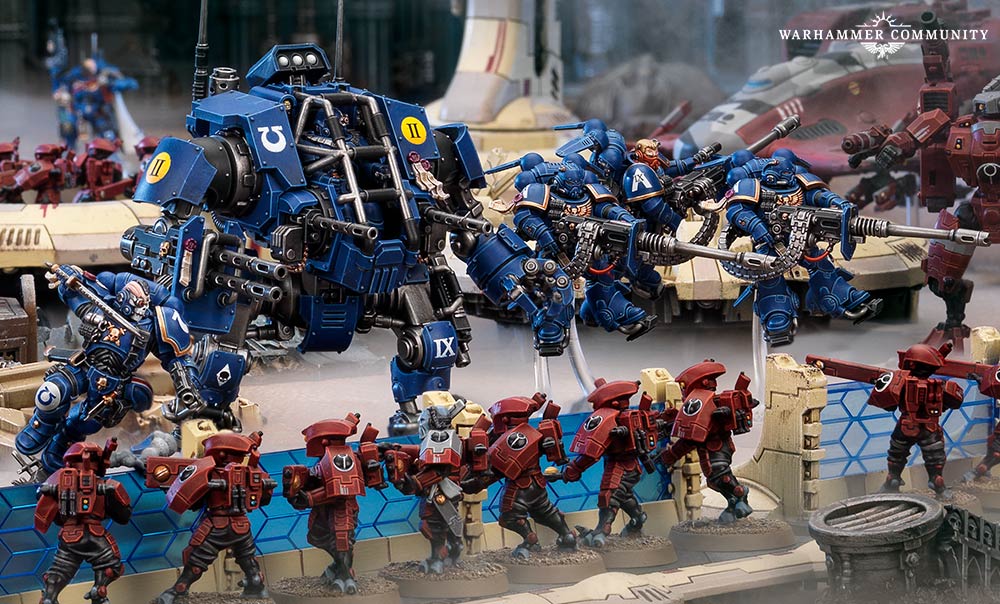 Alternatively, your Invictors can hold their ground from their Concealed Position, forming an unyielding advance guard that you can swiftly reinforce with supporting units before taking the fight to the enemy. To aid them in this task, set up a Captain in Phobos Armour with your Invictors for re-rolls to hit (especially if they are armed with twin ironhail autocannons). He’ll also be able to make a Heroic Intervention to lend his strength against any enemy charges until your reinforcements can join them. The defensive benefits of the Salamanders (ignore AP-1), Iron Hands (ignore wounds and improved Damage table) and Crimson Fists (+1 to hit when outnumbered) Chapter Tactics are very well suited to this strategy.
But that’s just the start – it’s called a Tactical Warsuit for a reason, as there are loads of ways to use it! The miniature itself is also super-flexible in how it can be assembled, so multiple models never need to look the same. The fingers of the Invictor fist (and many of the Tactical Warsuit’s other joints besides) are articulated, meaning the miniature’s pose is highly adaptable. You could have a trio of Invictors in three different stages of delivering slaughterous death – one punching, another with heavy bolter in hand, and a third pistol-whipping some poor, unsuspecting victim! 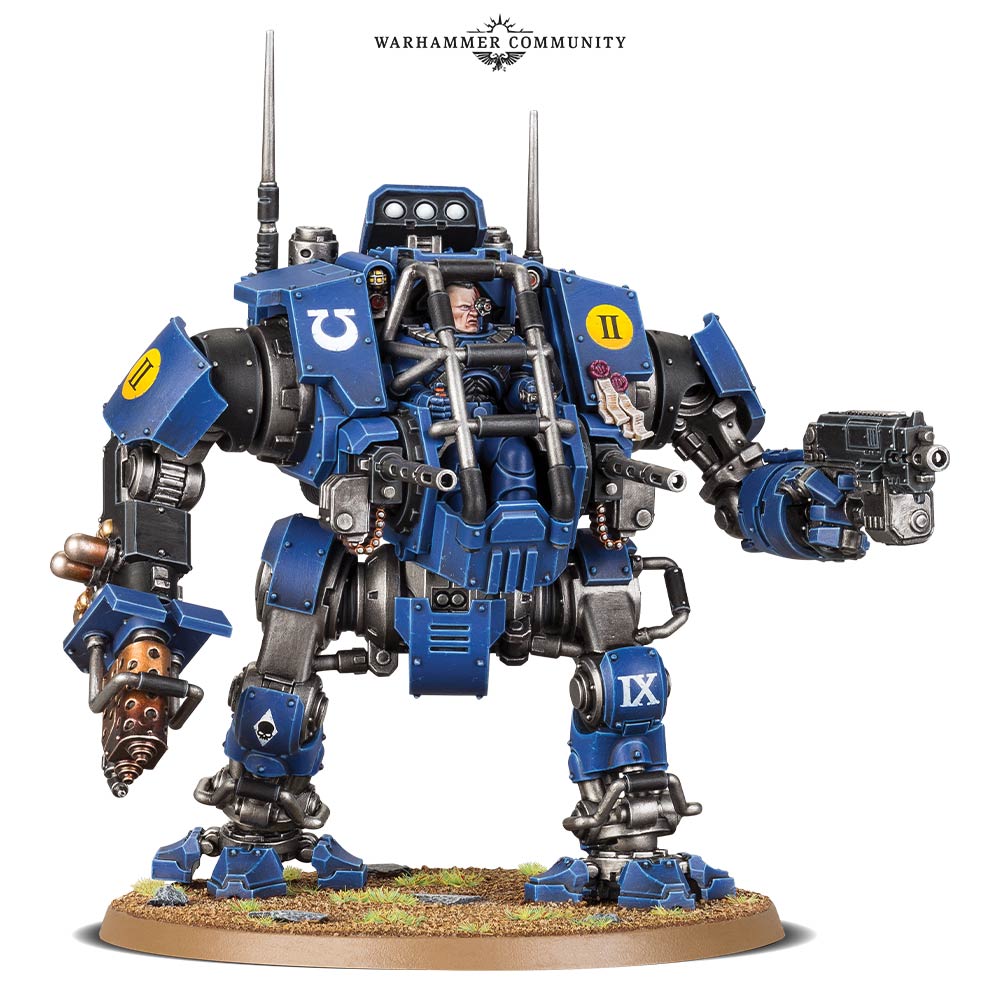 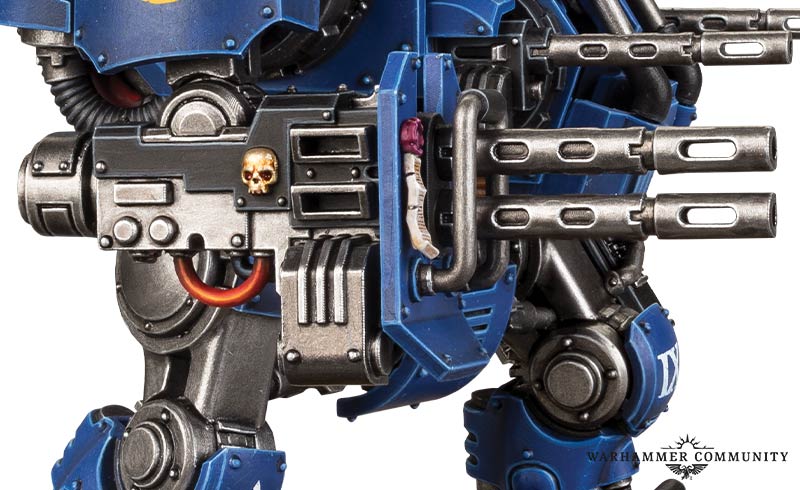 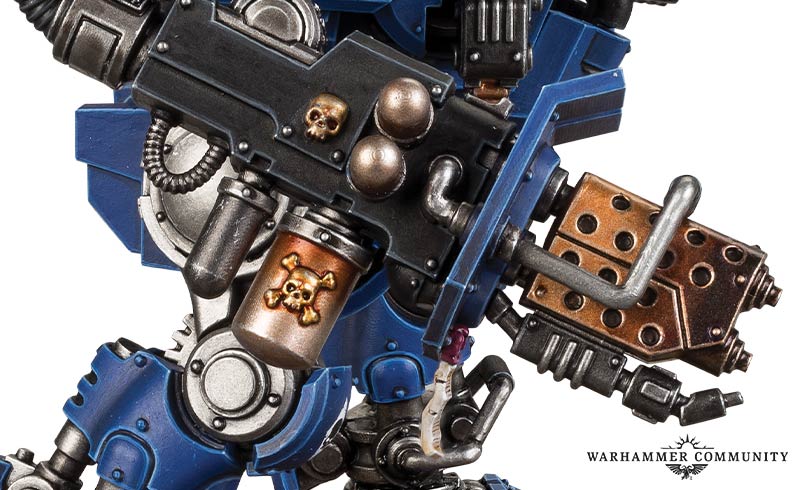 You’ll be able to pre-order your awesome Invictor Tactical Warsuit (or Warsuits, as you’ll no doubt be after more than one!) this weekend