Additional Tau Bits that are making their rounds. 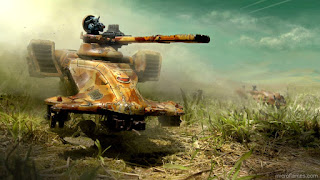 There are a couple additional rumor bits floating around that I wanted to get out for the Tau, as well as a paragraph that was deleted this morning from the Warhammer Community site's Tau preview for Hammerheads. It's worth noting that there is speculation on the deleted paragraph that the information was wrong, and thus deleted. I figured it was worth sharing right now, until we get more information on it.


Section Deleted from the Warhammer Community Site.
thank you ShasOFish for getting the text for us
"Hammerhead Gunships are among the most improved units in the new T’au Empire codex, thanks to having the ever-useful For The Greater Good rule added to their profile, allowing them to unleash combined Overwatch attacks with the rest of the army. Use yours with the T’au Sept, and anyone wishing to charge your gunline will have to reckon with potentially being hit by a railgun at point blank range or a deadly deluge of ion cannon fire. They’ve even received a point reduction!"

via Arka0415 on Advanced Tau Tactica:
Speaking of rumors, I just got some information from someone I know to be reliable. Most was covered by the recent leaks on DakkaDakka already, but here’s some new stuff:

– Sept Tenets apply to all models except Kroot and Vespid
– Thermoneutronic Projector is relic AFP with S6/AP-2
– FSE gain a stratagem that gives XV8s +1 to hit on the turn they use Manta Strike
– Coldstar Commanders can take any weapon except the CIB, and up to one High-Output Burst Cannon
– XV8 Commander option with 4W
– Homing Beacons are used at the beginning of the movement phase
– Riptides gain a stratagem that allows them to use two Nova Charge buffs at once
– Tactical Drones gain Manta Strike
– Savior Protocols works on a 2+