Rumors: Details on What the Old World Will Be 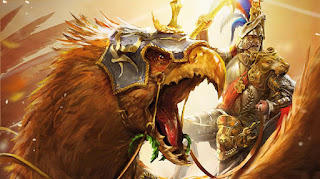 So what will be the core ruleset like for the Old World? This rumor set dives into that and what rulesets the Old World will be similar to or influenced the most by.
via a solid source on Faeit 212
The Ruleset for Warhammer the Old World will be 7th Edition to the core,
but with smaller influences from the 5th, 6th and 8th Editions. They
understood that the 8th was too big in the sense of Army building, even for
GW Games.
The Core Rules are more or teaser completed and work on the Starter Sets
written content and early expansions will soon starting but Miniatures are
still in Work
There will be a new concept of Expansions Books and three Compendium-like
Tomes for 8th Edition Armies before The End Times in a format like Ravening
Hordes from the early 6th Edition.
It looks like that the concept of Armybooks will stay and continue and The
Old World becomes something like the 9th Edition WHFB.
Those Kislev and Cathay previews are misinterpreted by some people. They do
serve more like an advice for Total War and should show how both Games
are "interlocked" based on the same Artworks and as part of World Building
for the TT Game. Also they will show that the new WHFB Game will be not
focused on the territories of the Empire as in the past. Those faction will
come for The Old World but not from the very beginning.
11/14/2021
Natfka
Warhammer The Old World, Warhammer the Old World Rumors