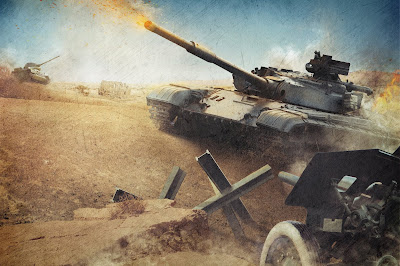 While the current Kickstarter is all focused on the 1st Age, it was time to show a preview for the 2nd Age, Vehicle Design.

Interested in seeing the direction of this Kickstarter? Learn More about the Genesys Project?
https://www.kickstarter.com/projects/thegenesysproject/the-genesys-project-the-birth-of-genesys

Jump in now to support the project!

PREVIEW: VEHICLE DESIGN IN THE 2nd AGE
The 2nd Age will bring The Genesys Project to the Modern era and into the near future. Along with that will come new concepts and options for all Five Domains. One of the primary design elements of the 2nd Age is being able to design tanks and vehicles for your faction.

One of the biggest advantages of designing your own armored fighting vehicles (AFVs) is a wide choice of weaponry, armor, transport capacity, and secondary systems for your vehicles. As you can customize your own cannons and machine guns, this provides an extremely wide variety of AFVs that can be fielded.

CORE SYSTEMS
Core Systems give you the capacity of equipment and weapon systems that can be fit into/onto the vehicle. How many Core Systems that can be added to a vehicle depends upon the vehicle’s size. There are several different sizes of vehicles each with their own base characteristics that can be expanded upon. Through the Traits system you may have advanced vehicles with additional Core Systems allowed, as well as other types of near-future upgrades. Here’s a quick list of the basic vehicle types:
Personal Vehicles: motorcycles and other single crewed vehicles.
Core Systems 1
Toughness 5, Movement: 7
Crew 1, Compartment: Open

These are a few examples of Core Systems that can be applied to your vehicles:

These are a few examples of Weapon Systems that can be applied to your vehicles:

There are plenty of additional systems not represented here, but this is a fun preview of what is coming for the 2nd Age.
Next Up: Customizing Mecha and Powered Armor in the 3rd Age