The Battle for Mars Box Set? Necrons and Adeptus Mechanicus 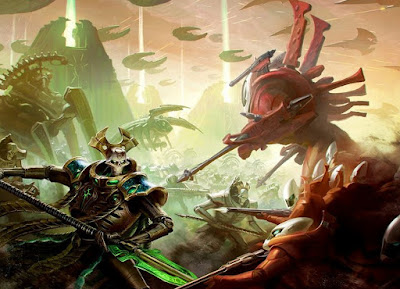 The latest rumors have a new box set coming in March that will feature the Adeptus Mechanicus against Necrons. That sounds like a very interesting match up!


Of course these are rumors, so please give this the required salt. I don't have an ideas on the accuracy of this.


Previously on Faeit 212
http://natfka.blogspot.com/2018/01/40k-release-schedule-ts-tau-necron-and.html
Its worth noticing that this loosely fits in with rumored release schedules....
Here
via L'Astropate
https://astropate.blogspot.com/2018/01/warhammer-40000-e-age-of-sigmar-uscite.html