Remember This Image? Does the Emperor of Mankind Die? 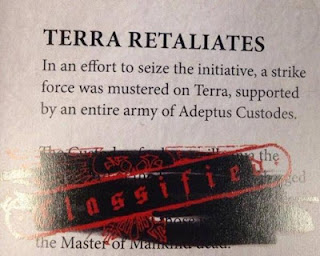 Now that we have the rulebooks released.... we finally have an answer to that burning question and a full set of text to help us decipher what is going on.


Here is what the new rule book says.
and thank you for sending this in...... I had forgotten to look for this.

via a Reader on Faeit 212
FYI - the Emperor isn't dead. The enhanced iPad edition of the rulebook
allows you to select and copy the redacted text:

"The Custodes, for long millennia the bodyguard of the Emperor, were charged
with the unthinkable – to leave his side and strike against those who would
see the Master of Mankind dead."