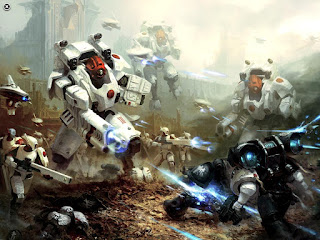 Tau are coming to pre-orders this weekend, and while we do not yet have a price list for these releases...... A lot of us are looking closely for any bits of information. Here is a preview supplied by the Warhammer Community to take a look at Tau Sept, Hammerheads and Breachers.


via the Warhammer Community
https://www.warhammer-community.com/2018/03/05/tau-sept-hammerhead-gunships-breacher-teamsgw-homepage-post-3/


One of the most exciting things about collecting the youngest race in Warhammer 40,000 is their developing narrative, and the new Codex: T’au Empire is designed to reflect how this nascent stellar power has expanded and diversified.
To demonstrate properly just how much bigger the T’au Empire has become, six Sept Tenets allow you to dedicate your Detachments to one of the most populous and influential of the T’au settlements. You can also pick a sept from the background – or even make one up yourself – and pick the Sept Tenet you think best reflects your strategy and fighting style.
The first Sept Tenet we’ll be previewing is that of the T’au Sept – first and most prestigious among the T’au Empire’s holdings. 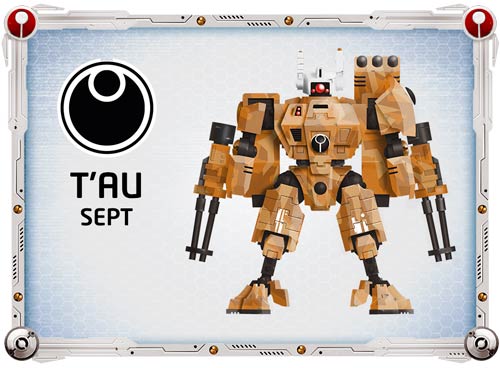 Perhaps none among the T’au are as fanatical in their pursuit of the Greater Good – or drilled as hard – as those who hail from the core world, making them superb defensive warriors. On the tabletop, this is reflected by Coordinated Fire Arcs: 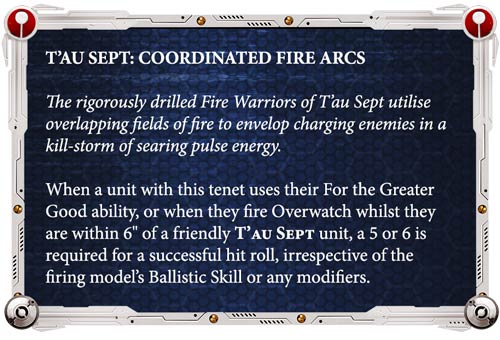 As if charging a T’au gunline wasn’t already daunting enough!

If you’re using Hammerhead Gunships, we’d recommend taking three in a Spearhead Detachment with Longstrike at their head. As well as providing additional bonuses to hit for these units, this legendary tank ace has been enhanced to benefit more from Markerlights than his fellow T’au, allowing you to make the most of yours: 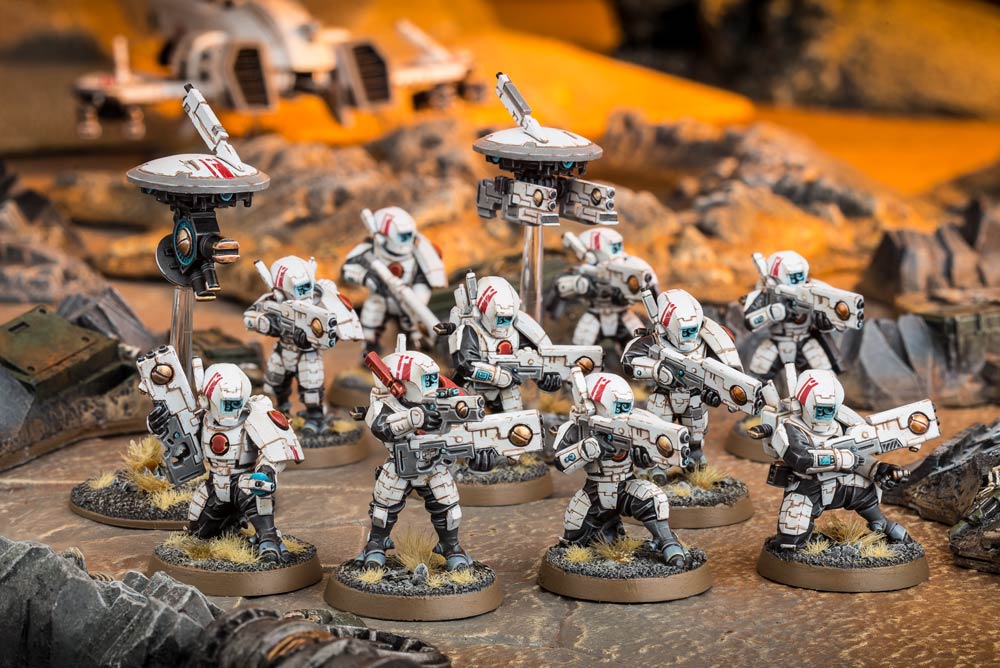 With the T’au Sept, you’ll want to stock up on Fire Warriors to take maximum advantage of your combined Overwatch attacks. While you might be tempted to use Strike Teams, we’d recommend Breacher Teams, whose short-ranged attacks are even more powerful in the new codex thanks to a new Stratagem: 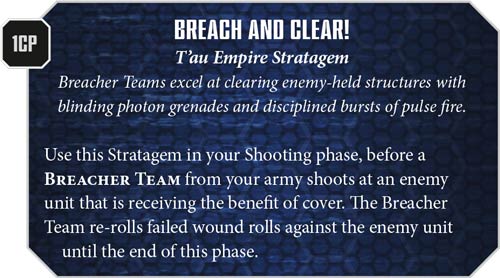 This works superbly against both entrenched units and units with abilities allowing them to benefit from cover where they otherwise wouldn’t, such as the Tyranids of Hive Fleet Jormungandr. It gets better – against particularly stubborn targets, don’t forget to use Focused Fire, a T’au Sept Stratagem that allows you to take down even the toughest units with ease: 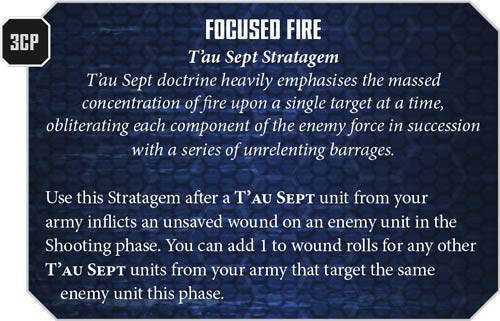 Just imagine – soften up a larger target like an Imperial Knight with a fusillade from your Pathfinders, then finish them off with a combined assault from your Breachers and Hammerhead Gunships. Should they charge you, they’ll have to walk through a brutal hail of fire before they can even land a blow…
Of course, if you’d rather keep your enemy at arm’s length, worry not – we’ll be checking in tomorrow with another preview, with a Sept Tenet that makes the already prodigious reach of T’au firearms even longer. In the meantime, you can kick off your T’au Sept with Start Collecting! T’au Empire.