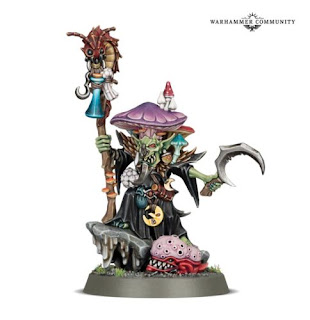 
Malign Portents is coming, and no-one is safe. With dark omens everywhere portending doom, champions are rising from each Grand Alliance to lead their forces in the great battles to come.
For Death, the Knight of Shrouds has risen to command the spectral legions, a shadowy revenant fuelled by a cold hatred of the living and armed with horrific powers drawn from Shyish and the great Necromancer. For Chaos, the Darkoath Warqueen has arisen to split skulls, drink blood and bond the disparate forces of the Dark Gods into a crusade of carnage. For Destruction… well… 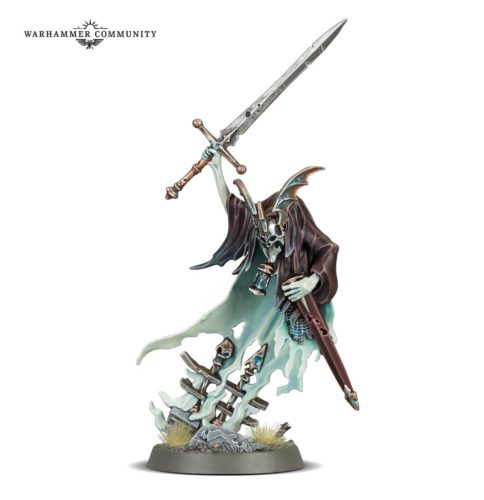 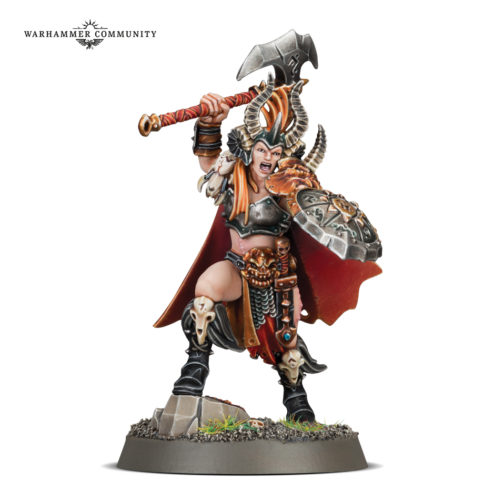 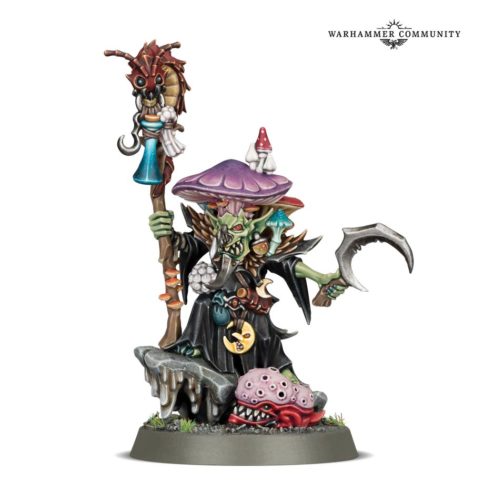 You’ll be able to recruit the Fungoid Cave-Shaman to your army next year when the Malign Portents come to pass – in the meantime, check out the Malign Portents website and prepare yourself for a dark new age.
That’s not all – we’ve got a very exciting Christmas present for you all tomorrow, and while you can’t open it just yet, here’s a hint (don’t shake it, that probably won’t end well!). We’ll see you then…