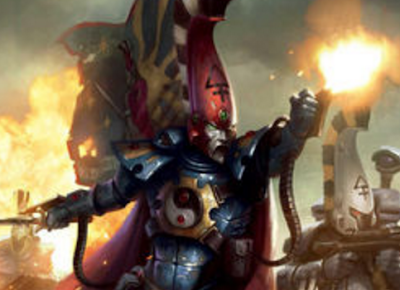 Earlier today we had some salty rumors up, and sometimes this helps draw out some additional information that could pan out giving us some insight into a future release. So here is the latest rumors.

via anonymous sources on Faeit 212
Hey Gary, saw your "salty" rumor on vect and thought you should know the sodium content probably isn't all that high.

word today was that Vect is in fact returning, but that it would be part of a box of three (sort of like the Triumvate) which would also include the Uthrad previously released in the boxed game. The third would be Asurmen. Someone brought in the old metal Asrumen model, and he looked at it and right away said "aw yeah, that's what we're updating for the new box". He threw out something like "next couple months" but his timing is generally off so I can't help you there.