Confirmation and More Details About White Dwarf and Warhammer Visions 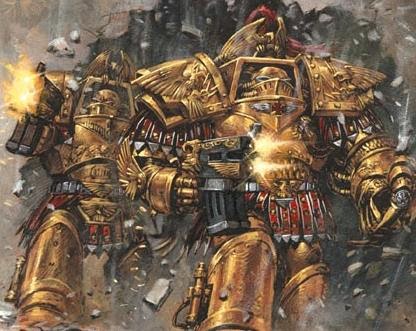 White Dwarf Magazine is definitely changing, and the confirmations are coming from all over this morning. I am still wanting to get more information about the new formats of both magazines and what they will entail, so of course I will keep you up to date on what we can learn.

These are still considered rumors until something official is announced. Here are three more confirmations from the community.

Just in case you missed the breaking news these confirmations are about. here is the link.
http://natfka.blogspot.com/2014/01/the-monthly-white-dwarf-magazine-is-dead.html

via Brueckenkopf (this was translated by google)
http://www.brueckenkopf-online.com/?p=98034
Games Workshop have today informed its dealers about upcoming changes in innovations and hobby magazines.

The White Dwarf is set in its current form and replaced by two new magazines.

On the one hand there will be a weekly magazine with the new developments that will in future also presented and published again weekly. The magazine will be significantly thinner than the previous WD and probably cost 3.20 euros.

Also included in this new WD through the monthly " Visions of Warhammer " , which will be much more expensive (about 10,00 Euro per issue) from the periphery rather appears to correspond to the old WD and exclusively intended to include Hobby products.

via an anonymous source from the Faeit 212 inbox
I can also confirm that the rumor of White Dwarf Magazine changing is true.
A source from GW informed me that there would be a weekly magazine around
50 pages the price of a citadel paint and a monthly magazine that will be
around 250 pages (unknown price).

via El Descanso Del Escriba (translated by google)
http://descansodelescriba.blogspot.com/2014/01/adios-la-white-dwarfmayo-de-1977-enero.html
... our favorite magazine disappears, and is replaced by two new formats, one weekly, and one monthly. weekly and introduces new rules, the monthly check look back to what happened in the last month. Both will be in English. RIP White Dwarf