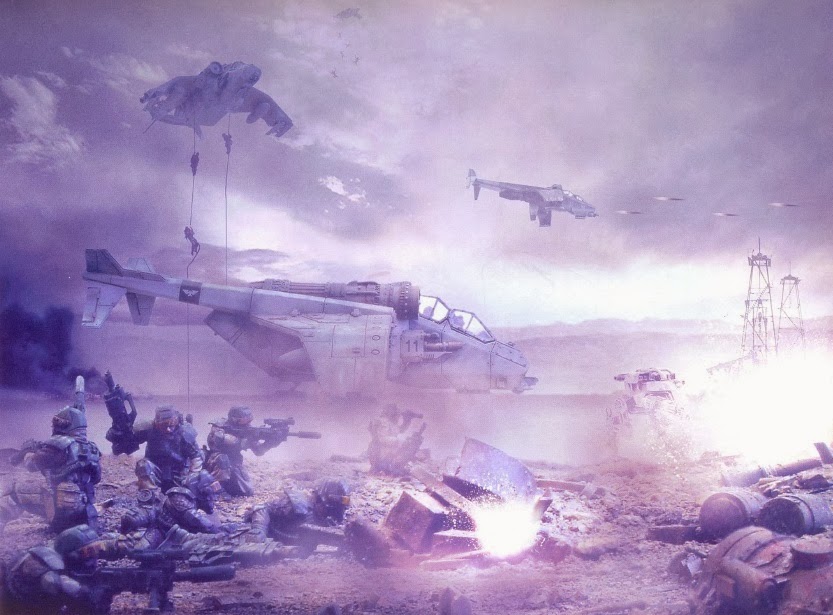 The latest rumors has some interesting information coming for the Imperial Guard, including the loss of Rough Riders to the codex. Other regional regiments may become a thing of the past, and no longer supported, as some background changes may be coming as well.

Cadia-pattern equipment being widespread throughout the galaxy and being kind of the standard equipment for all "normal" regiments.

via an anonymous source on Faeit 212
We have heard rumors about GW streamlining their range, and one of the things to go are the Catachans. They have sold very poorly in the last couple of years and GW will drop them for good. I already said that the new IG codex will be completely Cadia-centered, and it seems that GW is going to change the background of the IG in a away that portraits Cadia-pattern equipment being widespread throughout the galaxy and being kind of the standard equipment for all "normal" regiments. Emphasis on regional "exotic" regiments will be largely toned down .

In contrast to that there will be supplements for both Death Korps of Krieg and Elysian Drop Troops soon after the codex release. GW is not going to invest the extra money needed to produce an additional regiment, and the IG release will already need a lot of new sprues if we expect a new veteran infantry set, new artillery tanks and a new flyer or walker.

For the same reasons Rough Riders will be dropped from the army list (much like most entries without models got cut from the tyranid codex).
1/20/2014
Natfka
40k, 6th Edition, Imperial Guard, Rumors, Warhammer 40k