Scale Comparison for Aeronautica Imperialis and a Look at the Models 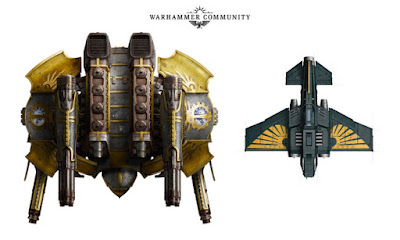 The models for Aeroinautica Imperialis are here to check out. Included today is a size comparison revealing it is on the same scale as Adeptus Titanicus. Interesting.....

For some, Aeronautica Imperialis represents a chance to experience a new tactical challenge. For others, it’s an opportunity to take part in ferocious dogfights from classics like Double Eagle in greater detail than ever before. And for many, it’s an opportunity to collect loads of really cool, teeny Warhammer planes. Today, we’re looking at just that – the scale, sprues and future of the Aeronautica Imperialis models that are out this weekend! 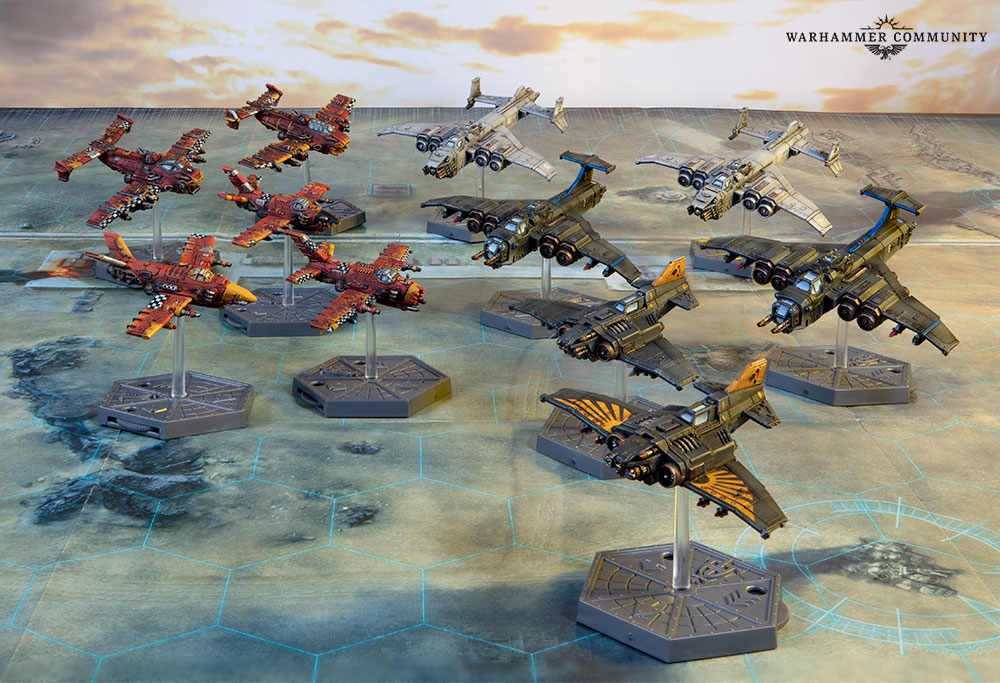 We’ve had a few people ask if Aeronautica Imperialis is on the same scale as Adeptus Titanicus. Indeed it is – seriously, Marauder Bombers are massive – so if you guessed it right, treat yourself to a Wings of Vengeancebox this weekend. And possibly a cookie. 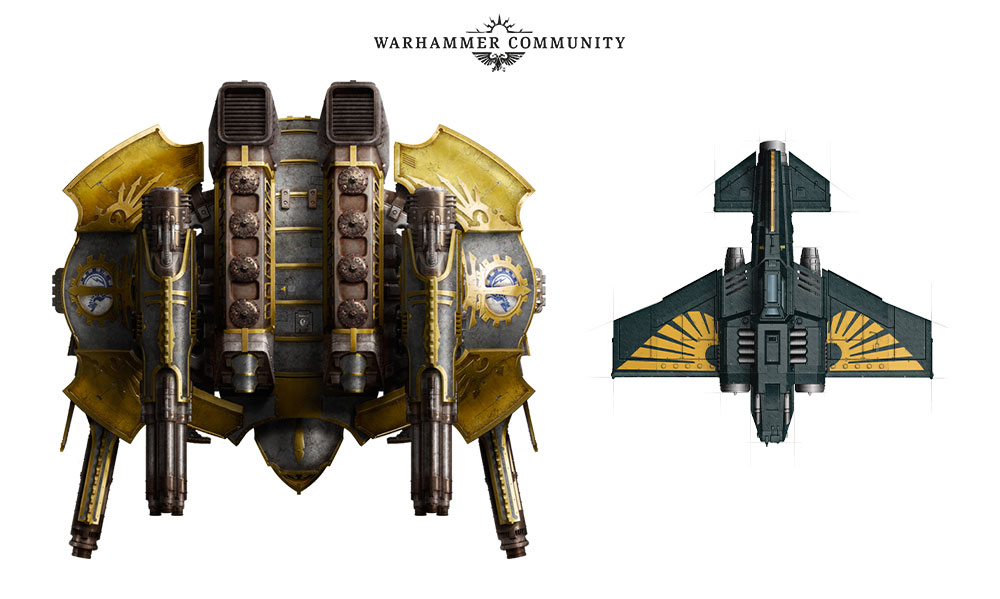 The two games are set in wildly different time periods and have completely different rulesets -in terms of “in-world” time; a game of Aeronautica Imperialis takes about as much time as an Adeptus Titanicus Titan takes to warm up a knee-actuator. However, this presents some nifty modelling opportunities. Perhaps you could build a mission around bombing a Warlord Titan from above – or you could use the various Titan weapon upgrade sprues to make massive static gun emplacements on the ground. The sky’s the limit!

Using our patented process of unbiggening the Aeronautica Imperialis kits scale down a number of aircraft from the 41st Millennium into new – and, if we’re being totally honest, somehow adorable – forms. Our teams have worked painstakingly to ensure they are covered in intricate detail while keeping the kits fun to assemble. Even if you’re new to Warhammer, you’ll find building these sets simple. 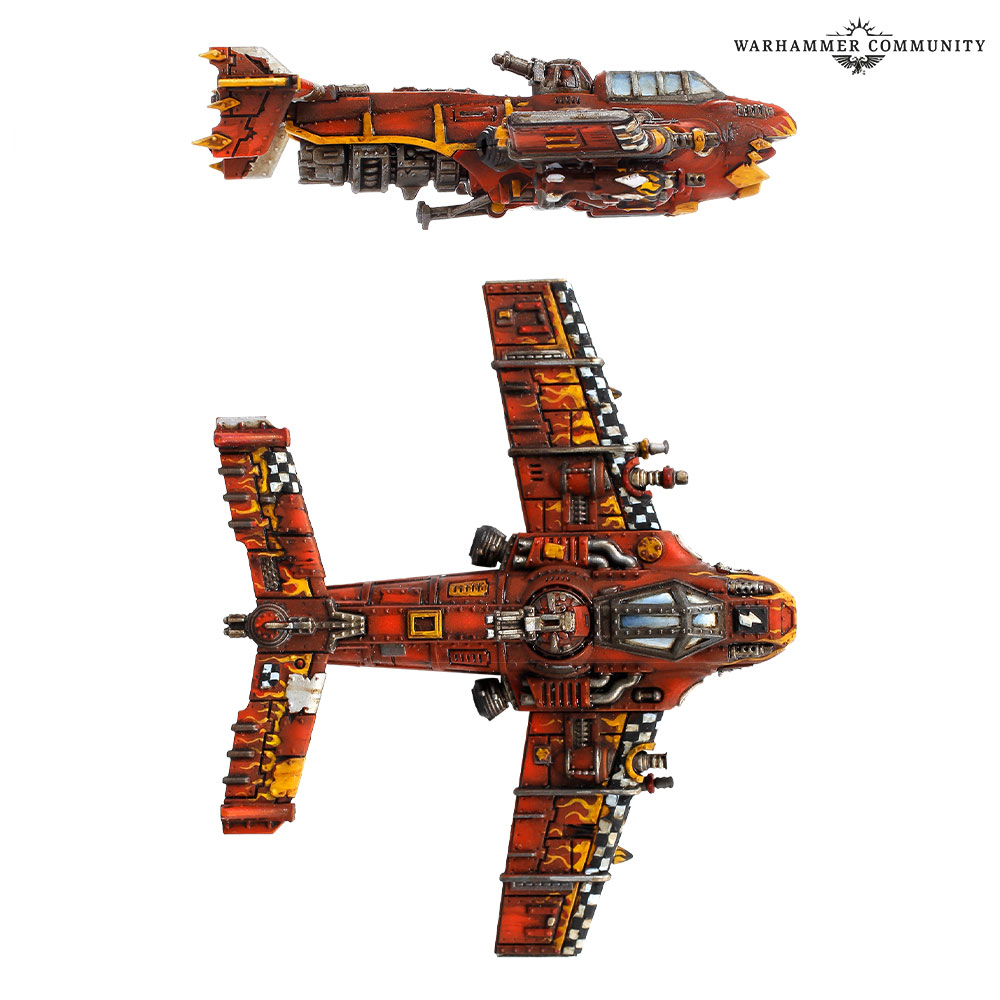 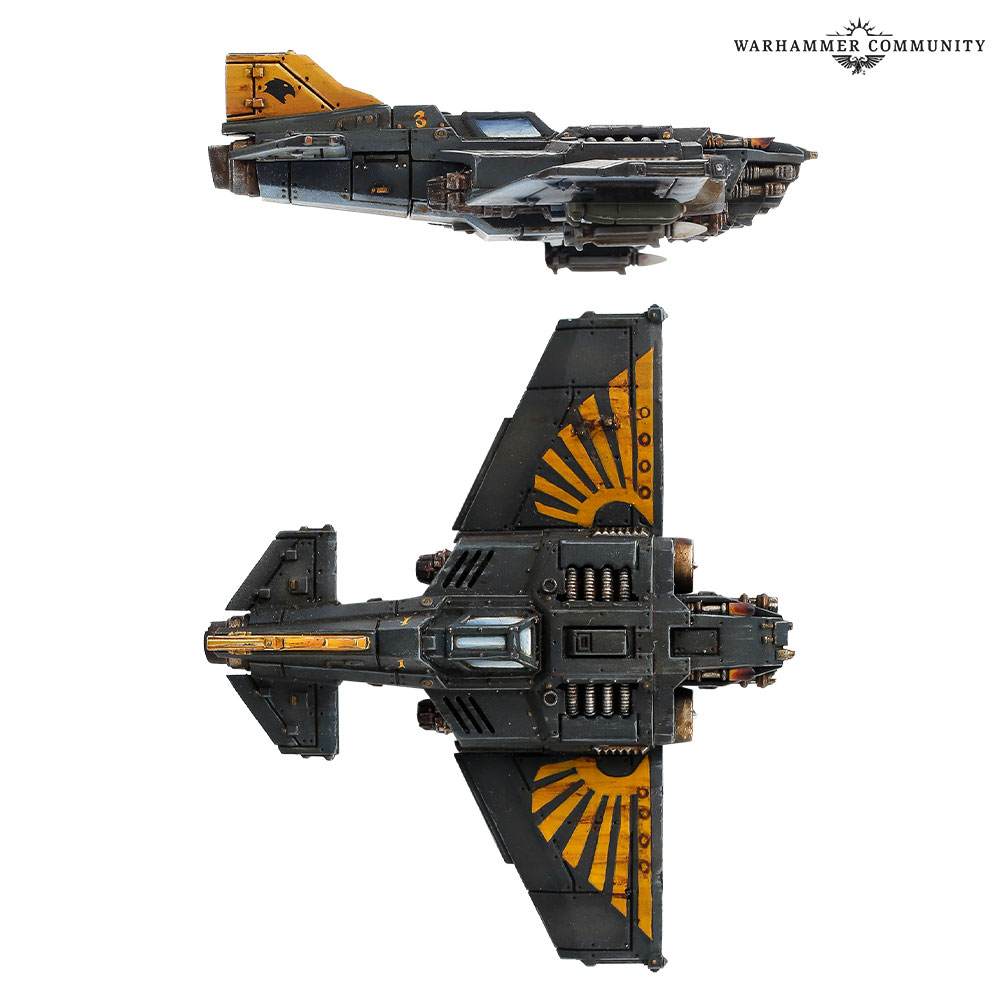 If you’re the kind of person who can’t resist chopping up your models and making bizarre creations of your own, you’ll find these kits really rewarding, with intuitive and simple part distribution making conversions easy. They’re perfect for representing extra wargear from the rules or just unleashing your inner Big Mek. 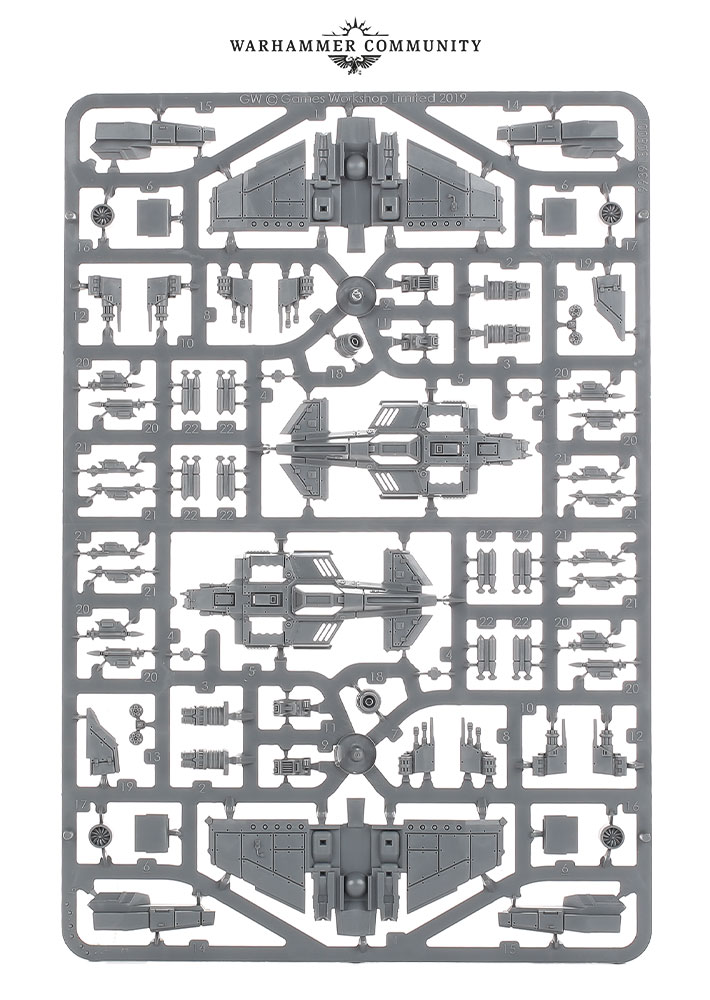 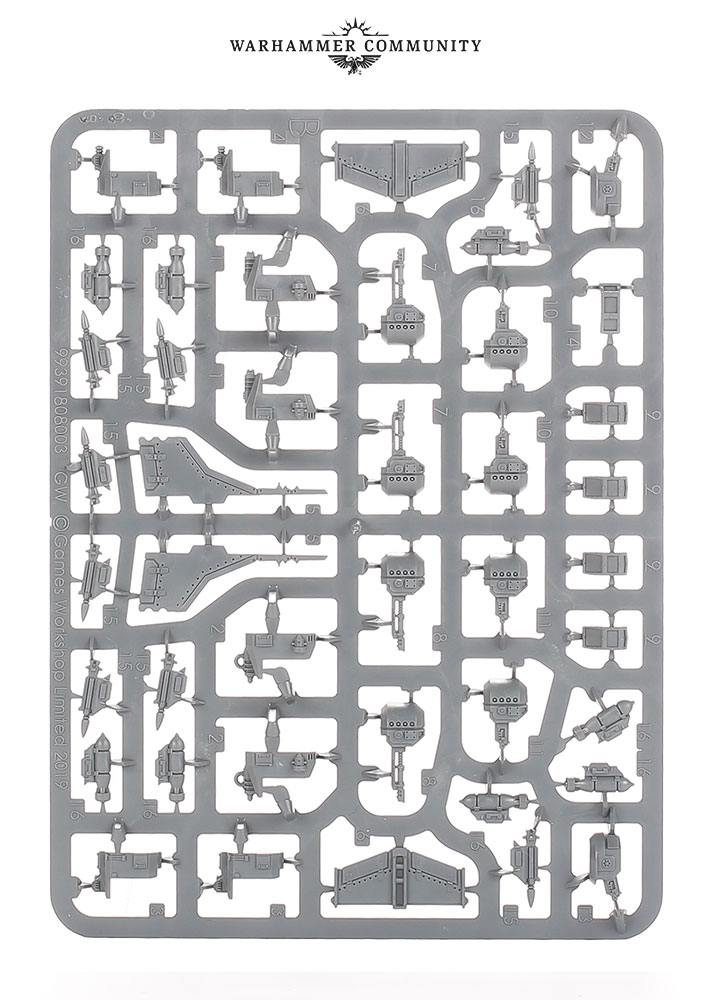 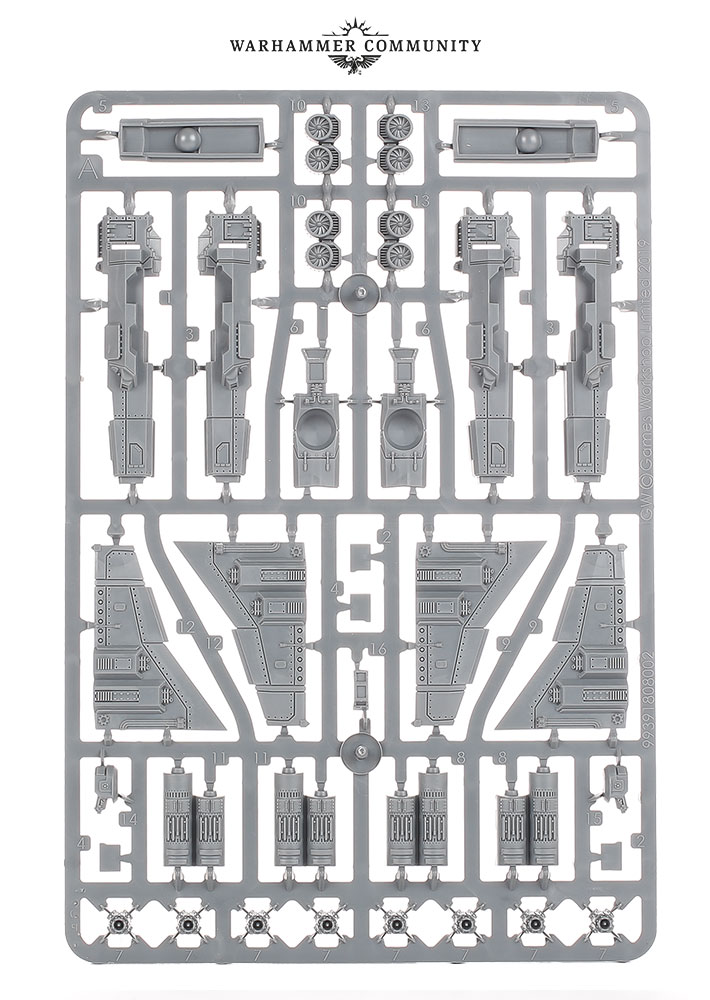 Even if you’re not ready to convert, there’s loads of variation in each Aeronautica Imperialis set. Thunderbolt Fighters can be assembled as avenger bolt cannon-wielding Thunderbolt Furies, while the Dakkajet set contains interchangeable nose cones, cockpits, wings and more, allowing you to build ramshackle air armadas where no two models look alike. Every Aeronautica Imperialis set also features a range of optional wargear that allows you to equip your squadrons with a variety of bombs, missiles and extra dakka, letting you fine-tune for specific missions or enemies. 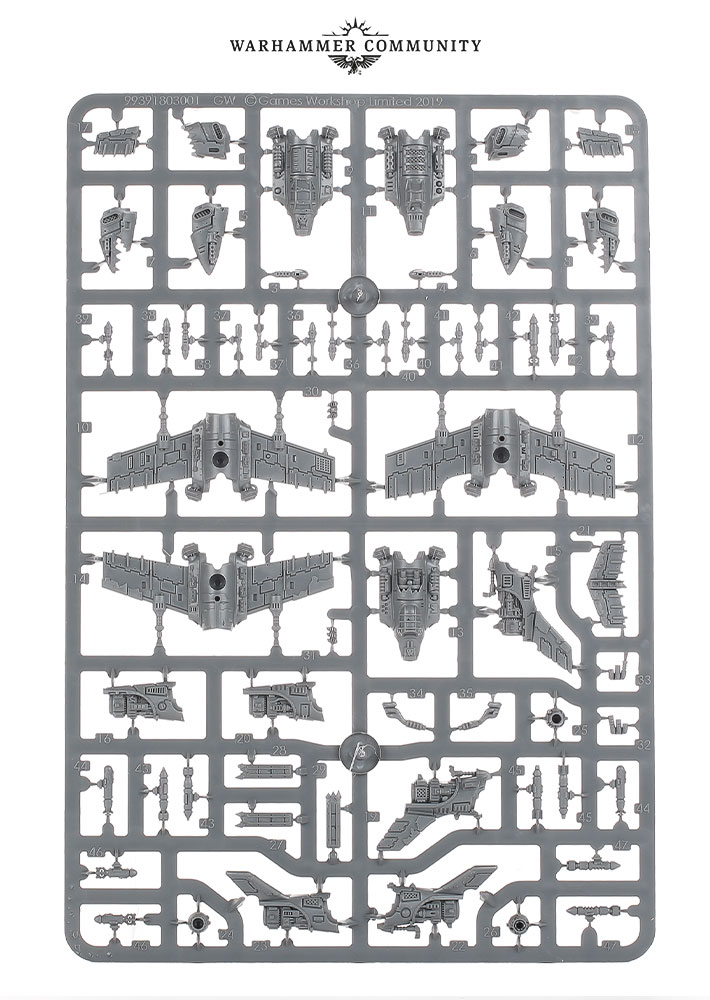 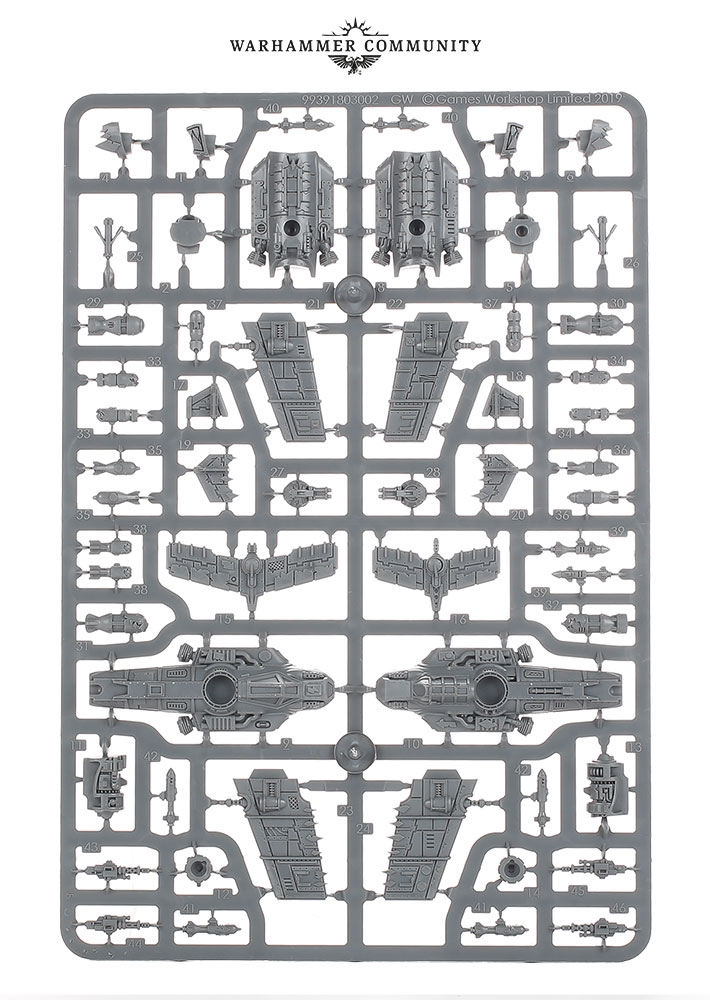 We’ll be showing off some nifty colour schemes from our painters here on the Warhammer Community team soon, so watch this space.

We covered these briefly on Monday, but it’s worth mentioning again – the bases for Aeronautica Imperialis are pretty cool! Combining a traditional flying stand, pre-marked with firing arcs and containing trackers for Speed and Altitude, they’ll ensure your models are easy to game with and look awesome. Thanks to the ball-jointed stem, you’ll also be able to pose them in all manner of exciting dynamic poses – climbing, dropping, banking or whatever else you fancy. 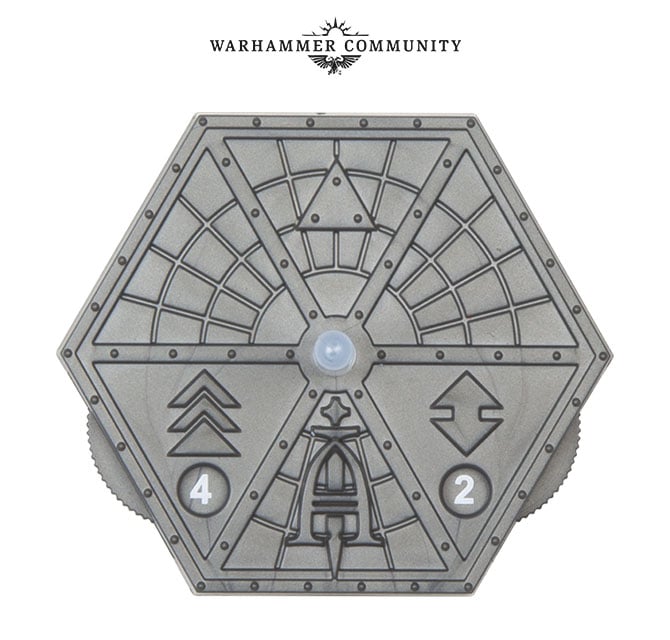 We’re just getting started! Already, our designers have used Aeronautica Imperialis to break new ground, creating a new version of the Thunderbolt Fighter – and we’ve got more expansions on the way too, from extra aircraft for the Imperium and Orks to some great stuff we can’t wait to show off…