Eldar Corsairs: Lots of Information on them Here. 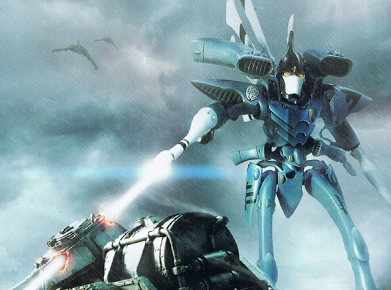 Lots of information is coming in for Eldar Corsairs, and its going to leave Dark Eldar fans a little tearful. Check out the latest information dump on the Corsairs

Let me start you off.

Corsairs have their own unique Perils of the Warp chart. In addition to the Void Dreamer, Barons and Princes can be Psykers.

D6
1- Devoured. No Ld check. The Psyker is claimed by She Who Thirsts. Gains Demon, Hatred (Khorne), Rending, and may run +3 inches. Control switches to your opponent. If the psyker is part of a unit they're locked in combat.

2-3 Soul-Wracked. Slaanesh gives them a back massage is basically what the fluff says. The unit (not just the model) are pinned and your opponent gets to change the target of the psychic power being cast.

4-5 Warp Terrors. Demons swirl about the veil. Unit and all Corsair units within 6" must make a morale check on 3D6 take the two highest or fall back.

6 The Eye of She Who Thirsts. The Psyker gets the attention of Slaanesh. For the rest of the game perils happen for the psyker on any doubles.


Unfortunately Prism blasters (focused and dispersed), as well as Ghostlight are the same as they are on the FAQ downloadable from FW's website, which is to say, lacking. I don't have info on the Spear of Twlight, Irillyth, or Spectres themselves though, sorry. I have the corsair stuff mostly.

As well as the Wraithknight (there's a new one) and the new Revenant.

Corsairs get these two rules:
- Dancing on the Blade's Edge: Corsairs are piratey and stuff and not the most disciplined. They come with two Ld Values, ie 8/5. You use the lower value when trying to regroup.

Princes can take relics from either book as well as the Harlequin book. Hello Mask of Secrets.
Dissonance cannon: 24" S5, AP4, Heavy 1, pinning. For each additional model in the unit that hits, add +1S and -1AP. So if three hit that's S7 AP2 on all of them. Not bad.

grenades - Tanglefield
S2, AP-, blast. Any unit hit by it takes a strength test, if failed reduce initiative and WS in half until next turn.

By the way, regular troop Corsairs (now called Reaver Bands), got defensive grenades.
Not sure about the vampire hunter. Firestorm yes. Lynx is still there, holofields unchanged. Sonic lance unchanged, It has a whole new gun though:

Quote Originally Posted by Endobai  View Post
Thanks for the information.

Is Firestorm in the book?
Yes. Its gun got rending and ignores cover vs skimmers and flyers.

- Yes the Corsair Prince and Baron can both take a Cloud Runner jetbike.

- The Baron is a 30 point HQ base, super cheap. He's not an IC, can take a lot of upgrades such as a shadowfield, pay 15 pts to become a lv1 psyker. I think he'll see a lot of action.

- Yes Corsairs have a pistol fetish.   They have access to 4 pistols (but can of course only fire 2). For one, this means that they all have 2 CCW.

- There are scout Corsairs called Ghostwalkers. They get stealth, scout, infiltrate, plasma and defensive grenades, and a lasblaster. For one point per model they can get longrifles. They can also get flamers, fusion guns, shredders, and blasters (1 per 5). And they can get haywire grenades.

- Elite Slot: Malevolent Band. These corsairs are half-insane because of Slaanesh gnawing at their souls and therefore charge into battle with berzerker-like rage.

: Any Corsairs within 6" of them get -1Ld
: They're 2W models with FnP
: Fear, fearless, fleet, furious charge, rage
: 5 points gets the whole unit Jetpacks or Heavy mesh (4+ armor). No-brainer.
: Can get melta bombs, venom blades, power swords (1 per 5)
: Comes with brace of pistols and a CCW

- The Phoenix Bomber looks unchanged other than dropping 20 points.

- Kinetic Fields grants a 5++ save to vehicles, increasing to 4++ re-rollable if the vehicle deep strikes or moves flat out. Wasps get it when jumping. Doesnt work in melee but this is damn good.

- Psychic power #5: Warp Tunnel - WC2 - Pick a friendly unit within 6". Make a no-scatter Deep Strike anywhere on the table. The target may shoot and assault as normal. For every 6" moved this way roll a D6, for every 1 rolled take a wound (saves allowed).

^ I LOVE THIS POWER (note: only works on Corsair faction units)

- as a whole their psychic powers are pretty average though. The one that puts enemies into ongoing reserve is powerful but it's WC3. Not witchfire though so that's good.

- Primaris power under Aethermancy... not so good IMO.

Path-Ward, WC2 (why?) - Blessing, only works on Corsair faction units. The unit automatically gets a '6' on difficult terrain rolls, charge distances, thrust moves, hit and run moves, reckless abandon special rules. If it was a D3, it's a 3.

I guess that's a very long, predictable charge range though.


Any word on changes to the phantom? My big guy wants some TLC after the warlord came into existence....
Yeah his gun got some sort of buff, I forget what exactly.

In other news, the Corsair Prince can be configured as a "drug lord" and have a better combat drug chart than dark eldar - and it works for his whole detachment. Roll a 6 on the drug chart and your prince goes full El Chapo and gets to roll for two drugs.
Dark Eldar need a new codex.


Looks like no new model support other than the new WK and the jetbikes and those look like modded kits. FW told me though that they plan on releasing more in the future but couldn't say what or when.

Eldar Lynx:
12/12/11, 5 HP
Heavy Support NOT a superheavy
Costs 5 more than a Land Raider
Flyer with skimmer mode
Can Deep Strike
Can't jink when flying (it's too clumsy), only snap firing when flying
Comes with a shuriken cannon, can turn it into a BL/SL/SC for +5 pts

The Lynx Pulsar has an Ordinance 3, S: D, AP2, Twin-linked 48" firing mode now, as well as the Large blast D which also gets ordinance


Any word on changes to the Revenant?
Gets a heavy 4 S8 AP3 skyfire, interceptor, sunder "Cloudstrike" missile system. And it's only hit on 6's in close combat now (GMCs and superheavy walkers hit it on a 5+). Titan holofields are unchanged. Weapons are unchanged. The thing is completely ridiculously OP. It was OP before, now it's just dumb.

Features:
- Obsec Troops
- Coterie Specializations. Each Coterie can select one of the following rules and you can't double up on any rule pick. (Command Crew doesnt get one):

Titan Breakers - Preferred enemy tank and walker
Head Takers - Rerolls 1 to wound in CC
Sky Burners - Deep strikes scatter D6 and reroll failed reserve rolls (optional)
Vault Breechers - Gain Dissonance breech
Night Hunters - Gain Night Vision and Preferred Enemy (stuff at night)
Hate Bringers - Pick an enemy unit on turn 1. The Coterie's infantry and jetbikes get Hatred (those guys) for the whole game and if you kill those guys gain a VP. Any part of your army can kill it for the VP doesn't have to be the coterie with this ability or even Corsairs.

Drawback!!! Internal Politics: Your Coteries count each other as Allies of Convenience. This is potentially a big deal.


CW Eldar, Dark Eldar, and Harlequins are battle brothers. Tau, Imperials are Desperate allies, never may be in a list with Chaos, Nids, Crons. Nobody is allies of Convenience for Corsairs (except different parts of their own detachment lol)
10/19/2015
Natfka
40k, 7th Edition, Eldar, Forgeworld, News Headlines