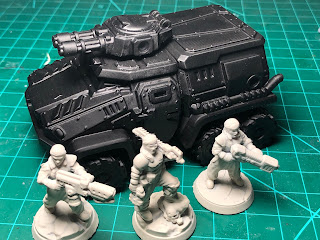 40Emperor is a newer company that sells their STL files for 3d Printing. They have a range of miniatures that are all female soldiers decked out in light body armor in very non-sexualized gear. They work excellent for many different games and because they are 3D printed, you can even customize them further. 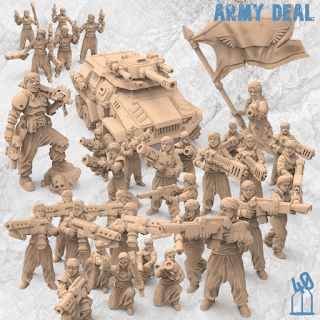 40Emperor
3D Printable Fierce Female Alternative Guardwoman
https://40emperor.com/
The Range covers you with just about everything you need (and Im certain more sculpts are coming!), including a transport, heavy weapon options, different gun options, characters/heroines, etc.
SCALE
For scale these as they come they are designed to be on size for heroic 28mm, meaning these ladies are the exact same size as a Cadian Guardsmen for you 40k players. For myself I scaled some of them down a little (to a more feminine size) so in the big image you can see miniatures of different sizes. I tend to do a little bit of this with all miniatures I print out since I don't want all my soldiers a standardized height! As would be expected the scaling went very well with no issues.
OPTIONS
There are plenty of options in this set. One of my favorites though is that each miniatures is that you can use a folder included that gives you modular parts making it very easy to convert and create what you want our of the set. The modular sets include all the weapon types you see.
Now while the modular parts are good, I found a very nice selection of poses for all the other stl files in the set. In fact I did not do any modular parts in the printing shown above. There are both right and left handed soldiers with laser rifles so I found myself not doing as much modifications as I normally do, like mirroring for example.
The Qirikin Transport is extremely close to the same size as a Taurox transport making it a solid stand in or replacement. Wheels are obviously better! Of course for other games you are free to scale to your hearts delight...... which I did! I printed one of them at 120% and just love it at that scale - plus it fit on my build plate. The Genesys Project allows for different sized vehicles so in-house a larger transport is my personal choice to carry multiple squads into battle! 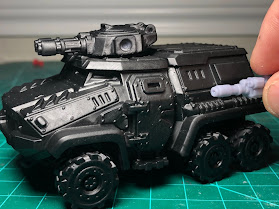 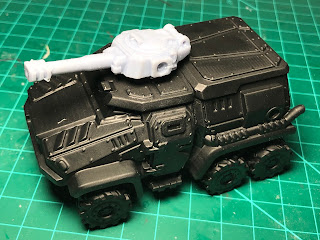 The Transport comes with a rotary style dual cannon and solid sized tank cannon turret to choose from. It also comes with side weapons and coaxial weapons alongside the turret. So you can fit in all the options you want. It would be very easy to magnetize the options, but the fit was also solid enough to just push them in if needed.
Heavy Weapons fit the standard ones with a bolter type, laser cannon, and mortar on tri-pods. 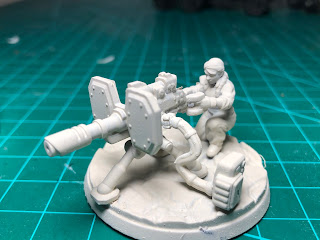 PRINTING
Printing was fairly easy although I did have some issues with the pre-supported supports. The supports were a fairly too many and sometimes printed joined together making them difficult to remove. All machines and even resins are different though and 40Emperor does mention testing the prints. My thoughts on it were that the 4k printers most likely print them perfect and I am still using my Photon S with Grey Resins (both water washable and Std). Regardless though my normal method with light 70% supports using Chitubox worked wonderfully and is my go to for almost all my printing.
I think my favorite part was that the transport did not require a lot of print runs. Each Transport I was able to print in two runs with only fairly loaded build plates. (Ive had tanks that take 3-4 print runs to fully print out). 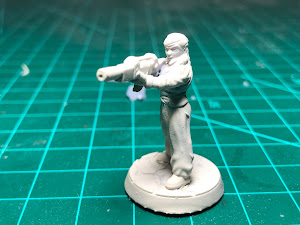 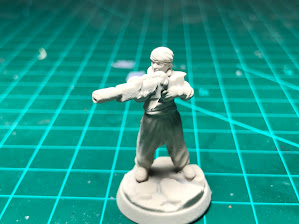 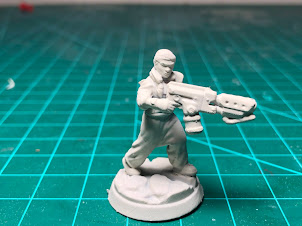 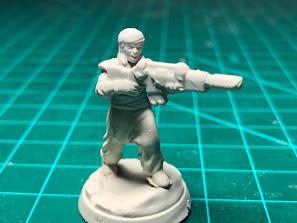 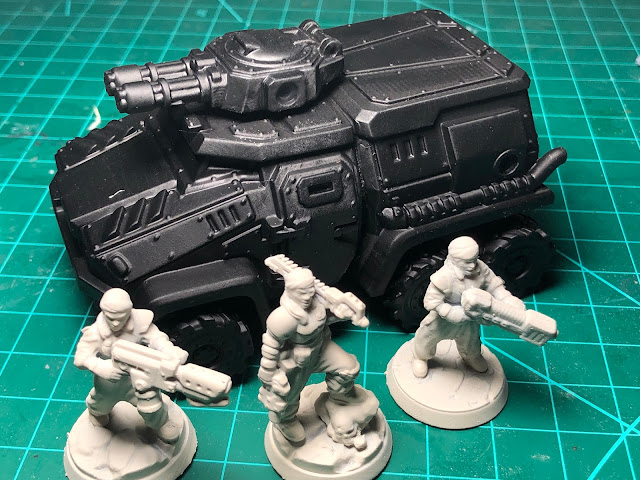 I also had my own errors that I made in a couple of the prints (like running out of resin in the vat on one of the vehicles mid-print).

Overall the women soldiers from 40Emperor are a good stand in for your armies at a great value, whether as a separate force or for specialized squads you want to bring into your existing forces! I can imagine some scout walkers (wondering if they intend to make one?) and a few extra transports being on my print list to fill in this force. I also plan on making some more melee oriented soldiers with pistols and chainswords using the modular options, but really ran short on time and some supplies.

Check them out at the link. https://40emperor.com/collections/bestsellers

The files needed to print the above miniatures used here were given given to review here on Faeit 212. Its also important to note that the bases used in the images although printed are not from this set. 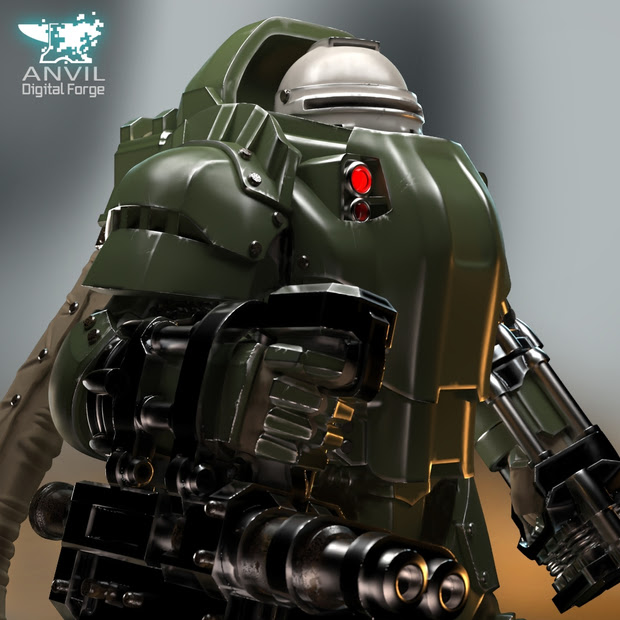