The Fate of Tomb Kings 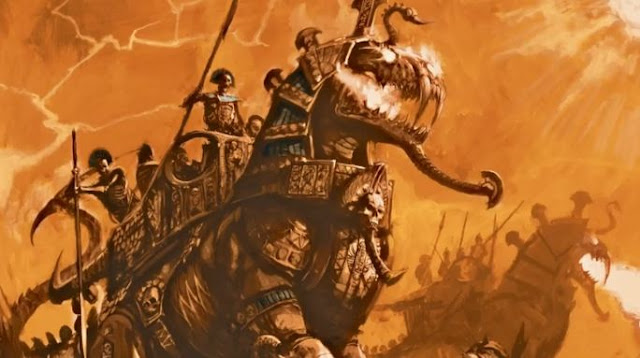 With the latest Grand Alliance: Death book coming, the latest information has it that Tomb Kings are missing from the book. Some is obviously going to be featured in the Grand Alliance Death book, but now we have another rumored bit from a good source that says; "Tomb Kings stock is being sold off like GW did with the Hellcannon and Forsaken, starting this saturday."


If you missed yesterday's article where the Tomb Kings were noted as missing, check this out'
http://natfka.blogspot.com/2016/02/leaked-images-grand-alliance-death.html

Below is from a solid source that has been more than correct recently and in the past.

via anonymous sources on Faeit 212
The reason why Tomb Kings aren't in the Grand Alliance book?
They get removed entirely, stock will be sold off just like they did
with the Hellcanon and Forsaken, starting this Saturday.
2/10/2016
Natfka
Age of Sigmar , Games Workshop , News Headlines , Rumors , Tomb Kings