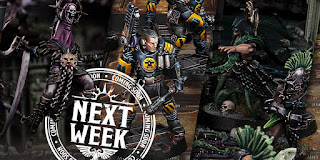 Necromunda is getting the new Enforcers this week while Warcry will be seeing some of the new Warbands we have been looking at.


via the Warhammer Community


Next weekend, new contenders will enter the Eightpoints in search of glory – while on Necromunda, Lord Helmawrs’s Palanite Enforcers bring the long arm of the law to the underhive!

Warcry is available to pre-order right now, and you’ll only have a couple of weeks to wait until the next three Chaos warbands hit shelves. Available to pre-order next week, The Unmade, Corvus Cabal and Splintered Fang offer fresh new takes on Chaos in the Mortal Realms – not to mention some awesome models!
The Unmade take ‘being one with your weapon’ to the next level – these fearsome fighters replace their limbs with lethal weapons and use their own faces as belt buckles. 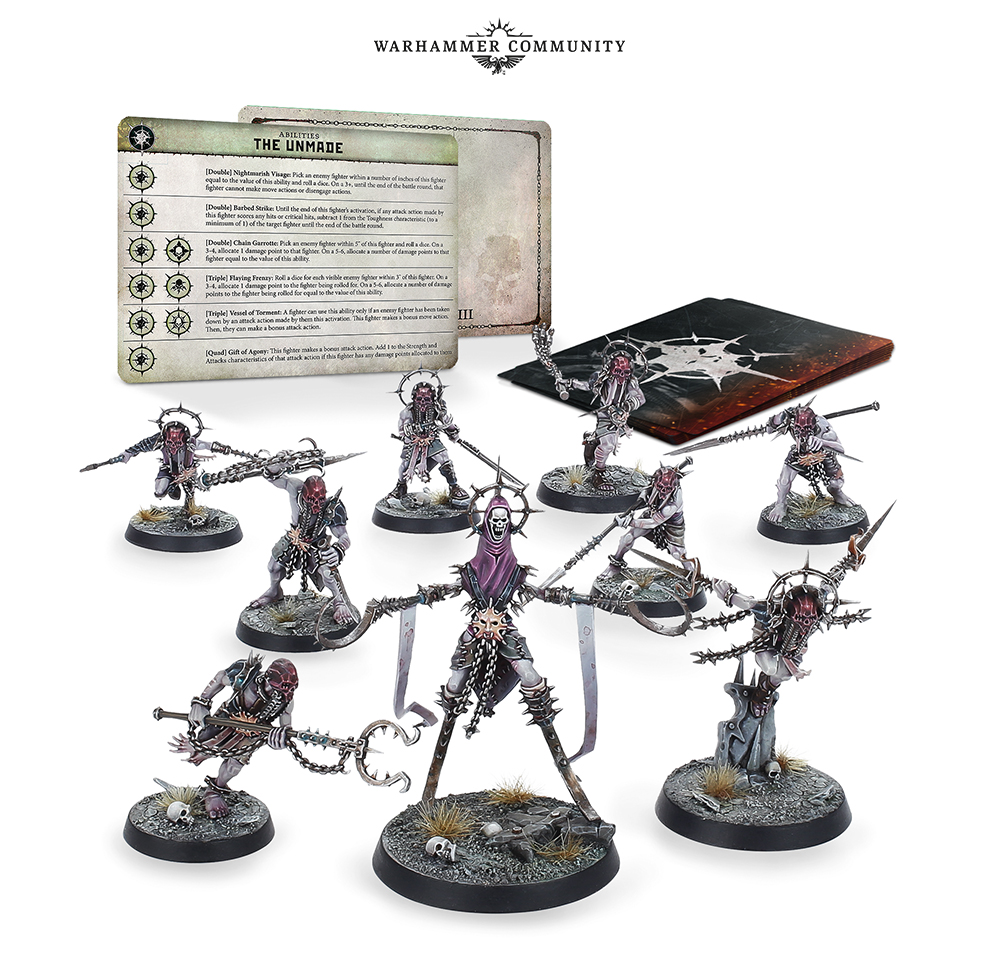 The Corvus Cabal are scavengers and shadow-stalkers. After every hunt, they take a macabre trophy, which they then present as an offering to Chaos. The term ‘murder of crows’ has never been this appropriate. 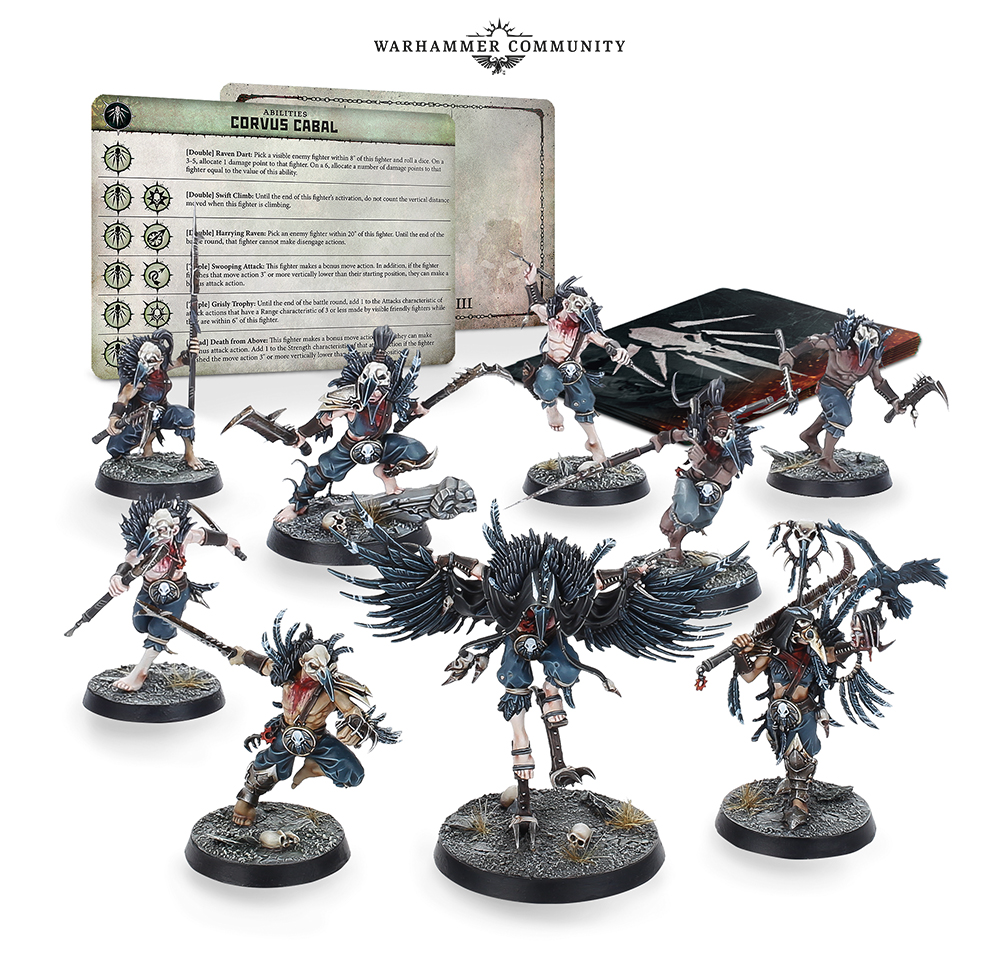 The Splintered Fang are masters of the use of poison, brewing up ever more deadly toxins with which to slay their victims in a variety of excruciating ways. They also have the best fashion sense – just look at their swish hats, and one of them is wearing a live snake! 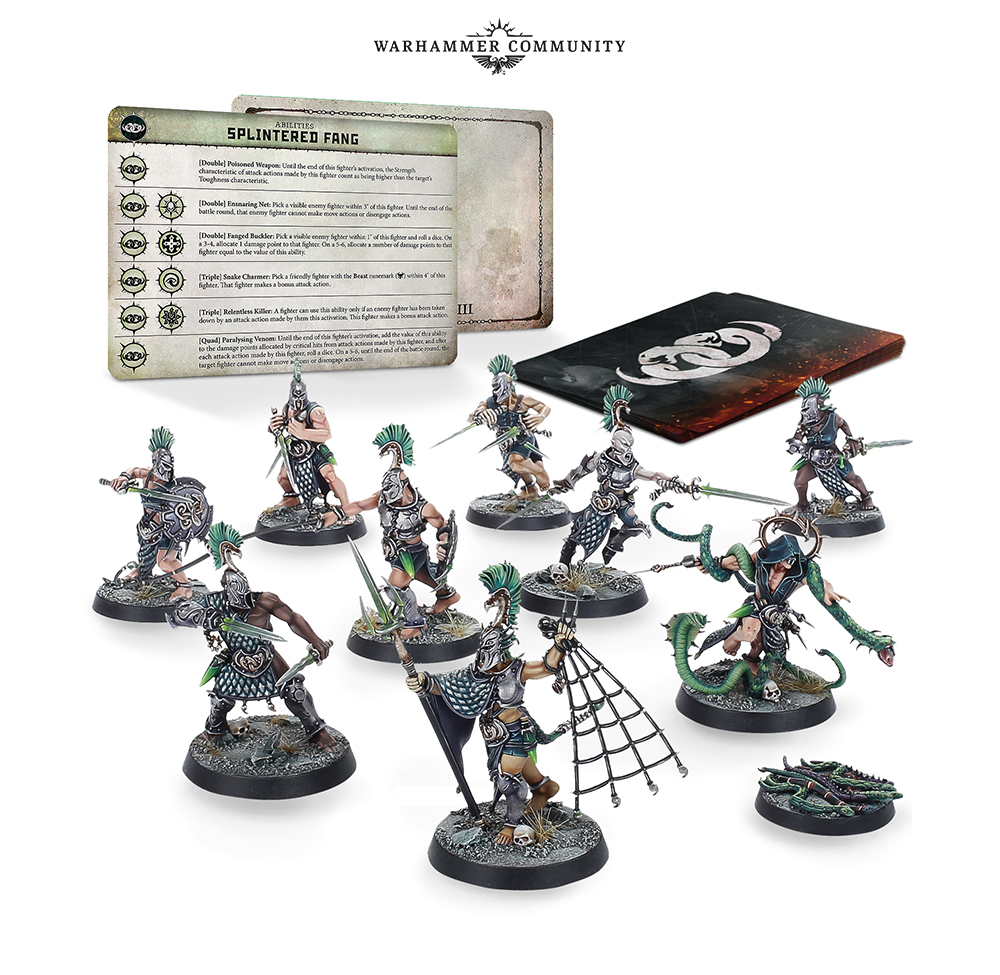 Adding these warbands to your games is simple. Each set contains a selection of multipart plastic models, fighter cards for tracking their rules and an abilities card that lets you harness their distinct tactics, tricks and ploys. 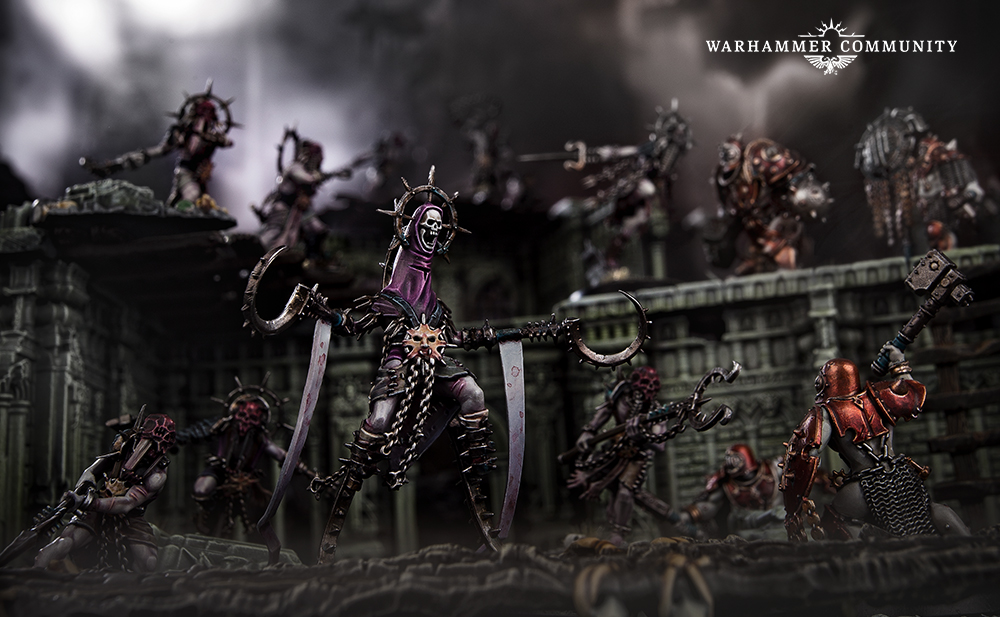 What’s more, for Warhammer Age of Sigmar players, each warband will be released alongside a free downloadable warscroll plus matched play points, so you can also add them to your Slaves to Darkness armies.

If you’re looking to add new challenges to your Warcry games, the Shattered Stormvault set is the ideal way to do it. This Ravaged Lands set contains several sprues of Dominion of Sigmar scenery that can be combined to build all sorts of unusual battlefields. Combined with the included Terrain Cards, it’s sure to bring new tactical challenges into your game, with loads of line-of-sight blockers to hide behind and high ground to seize. 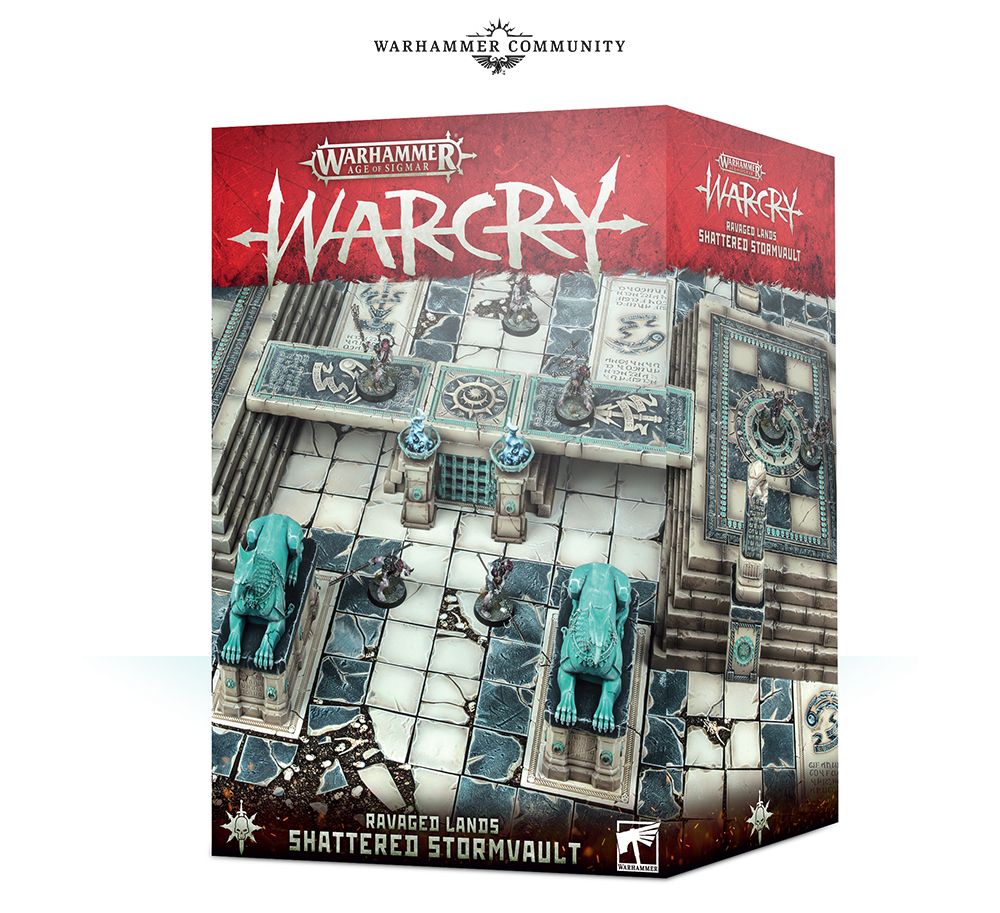 Sure, gang warfare is fun – but sometimes you want to crack some skulls in the name of truth, justice and heavy-handed authoritarian brutality. And for that, you’ve got the all-new, all-plastic Palanite Enforcers – representing the closest thing Necromunda has to a police force. Just looking at them makes us want to be more upright, law-abiding Imperial citizens… 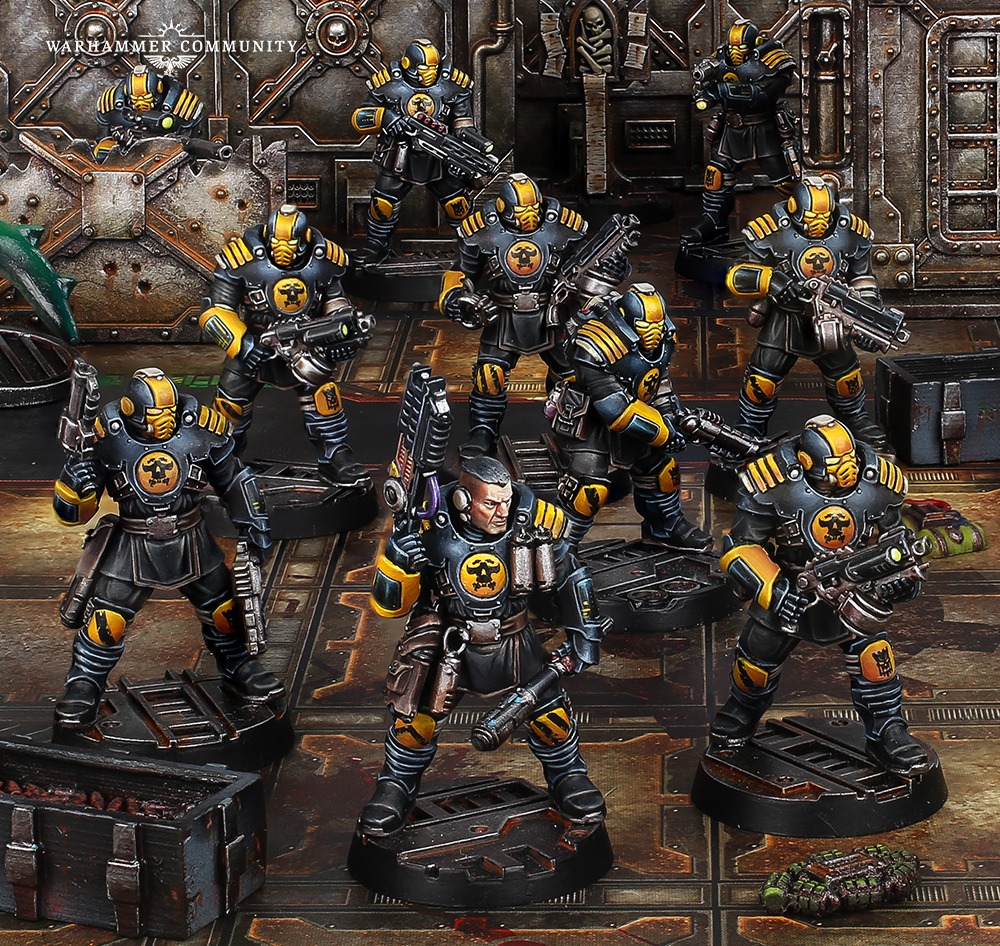 The new Enforcer kit reimagines these jackbooted thugs from the ground up, giving them a practical, military aesthetic that nevertheless feels right at home in the 41st Millennium. Inside, you’ll find everything you need to build your very own Palanite Enforcer Patrol. Packed with loads of accessories and options, each member of your squad can look distinct despite being in uniform. 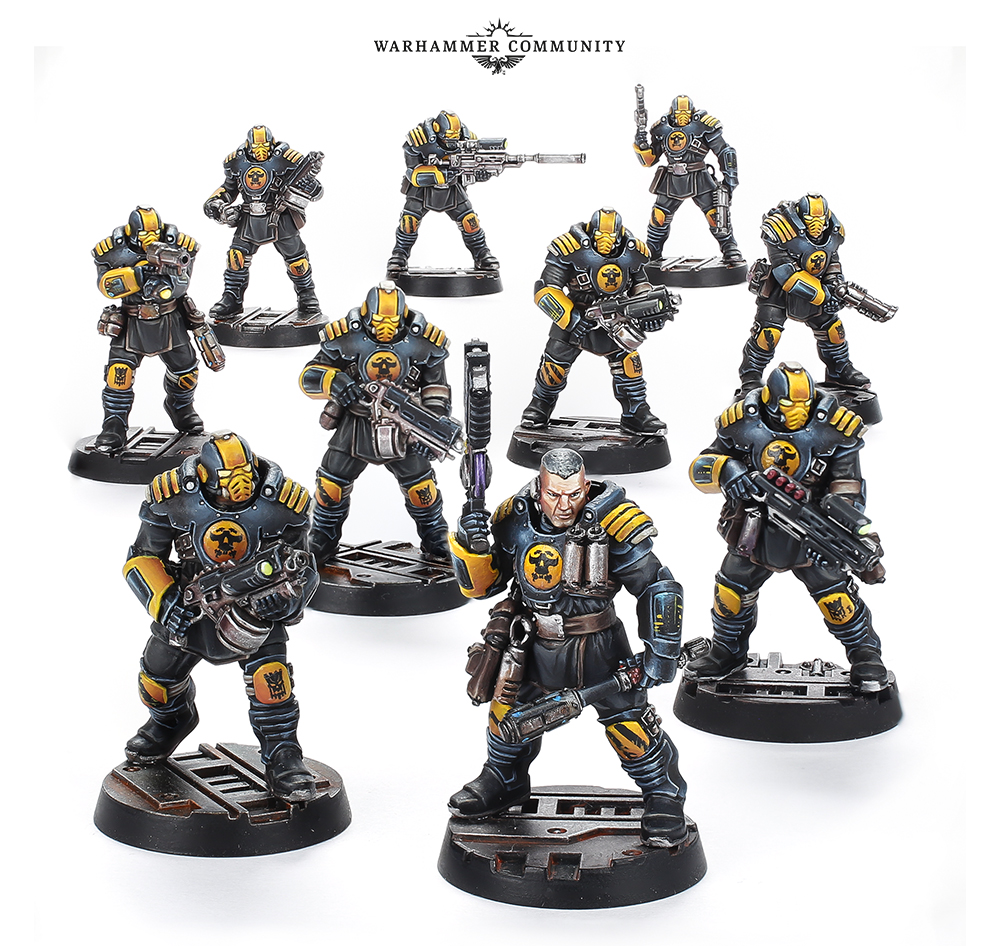 With a choice of 12 heads and 6 poses, plus loads of shotguns, boltguns, sniper rifles and other most certainly lethal options, you’ll be able to tool up your gang to your tastes – or just make sure that when they’re cracking heads, they look great doing it. The kit is also full of great conversion opportunities, and there is some pretty rad potential for sprucing up your wider Warhammer 40,000 collection.
The Enforcers will be available alongside some nifty accessories, with Gang Tactics cards and, of course, custom dice. 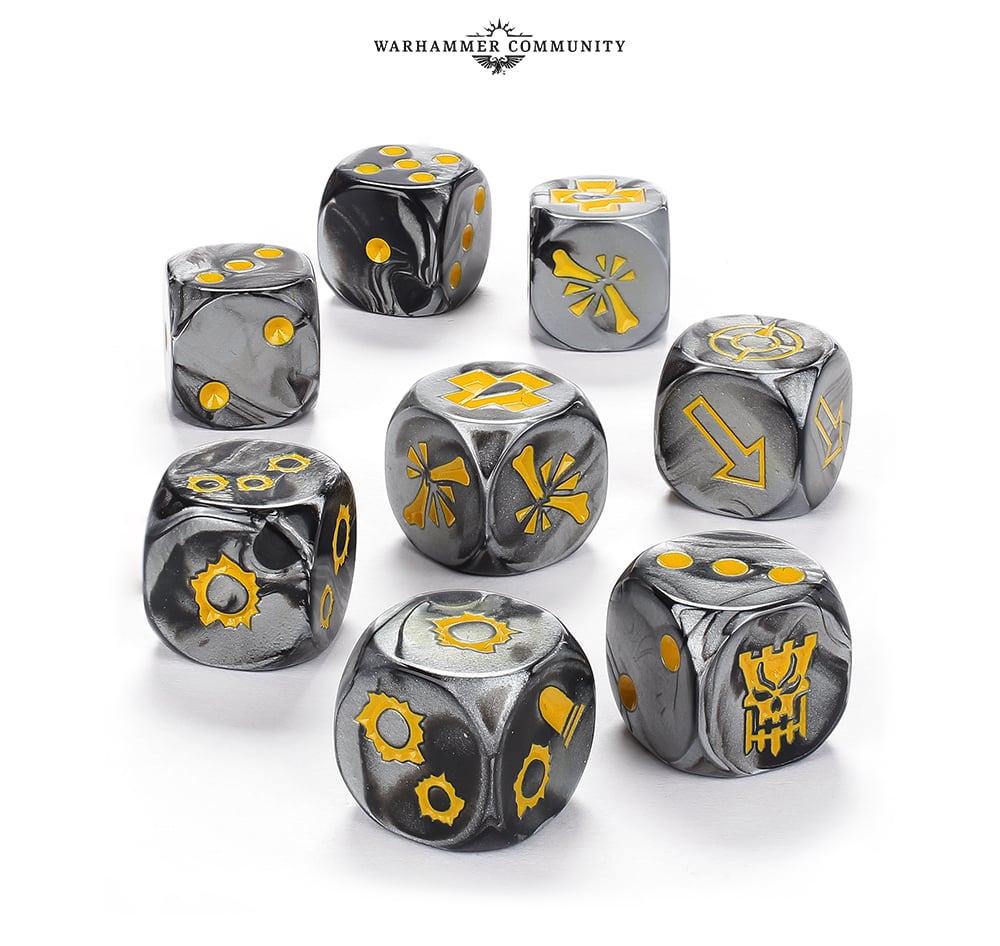 In the Law and Misrule campaign, you’ll find your gangs fighting for control of the various criminal rackets that conduct their sinister business in the underhive. There are also intrigues you can add to your games that bring new levels of strategy and subterfuge – make sure you pick up the Intrigues and Rackets cards to easily keep track of both and your gangs will be scheming and plotting their way to victory in no time. 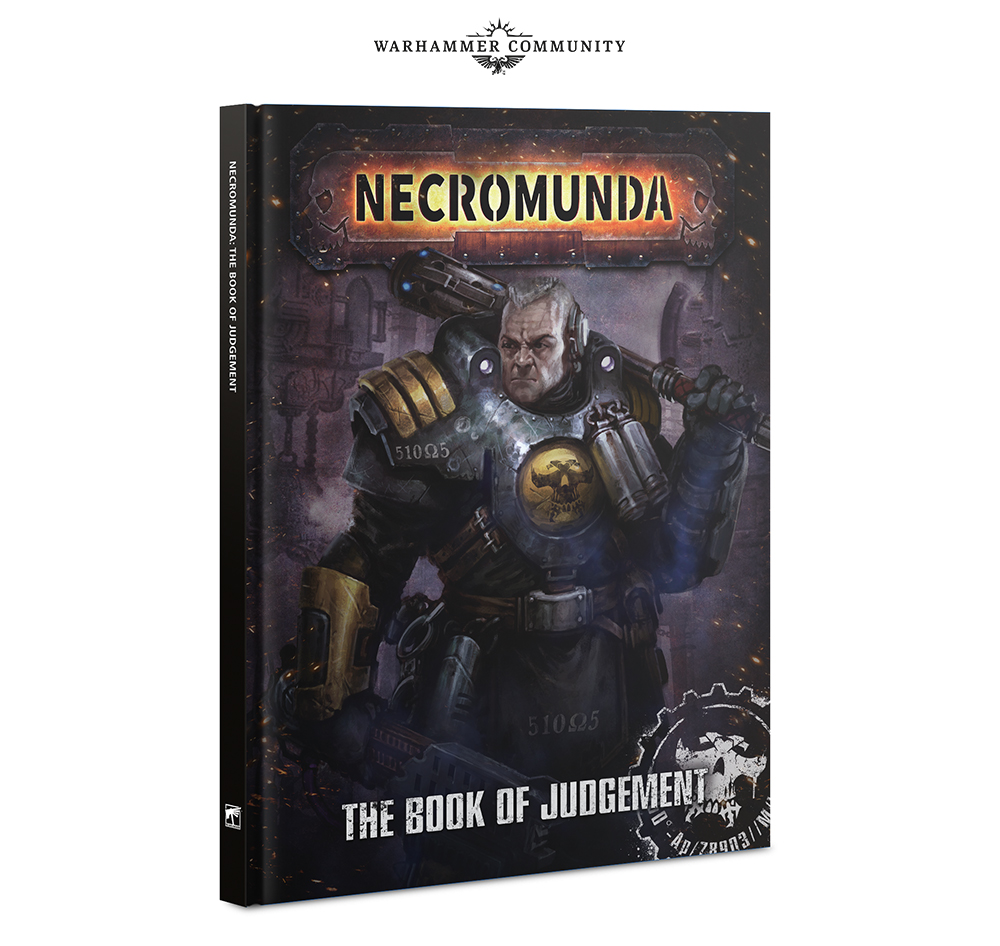 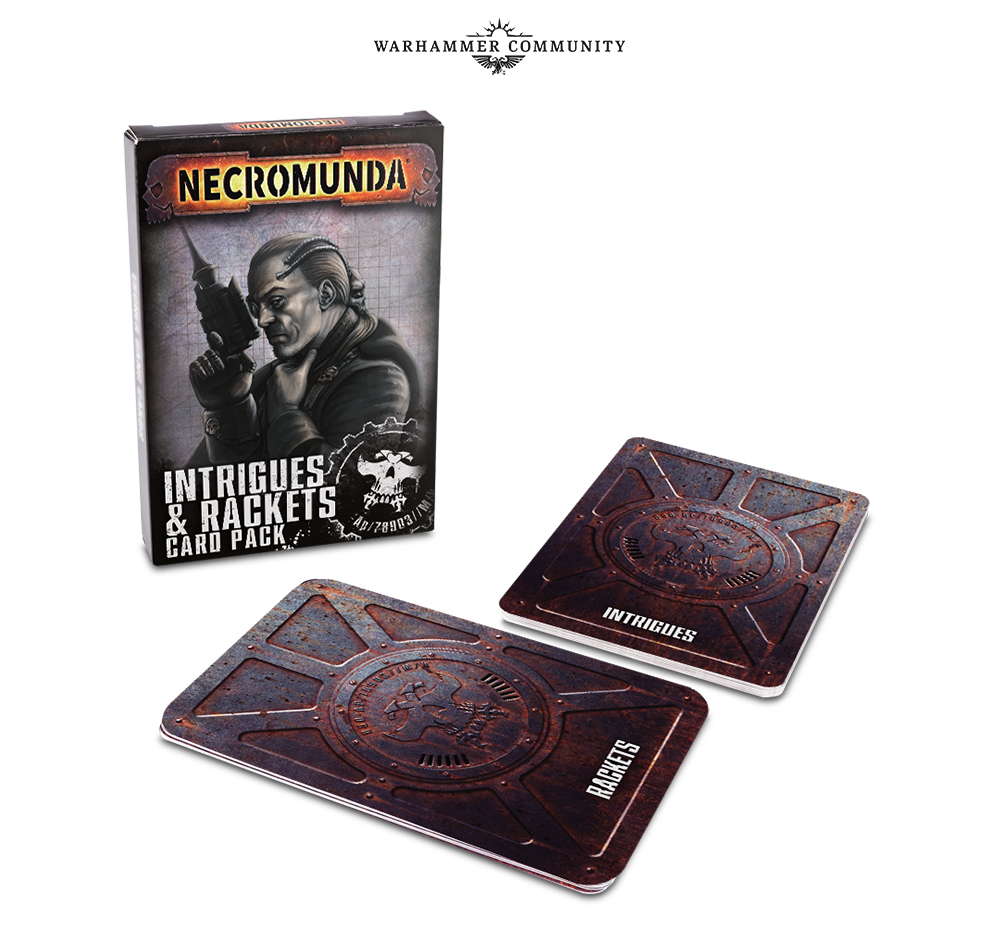 Around the taverns and backstreets of Necromunda there are certain names that every ganger knows – legendary Hired Guns whose deeds are spoken of with hushed awe and askance glances. These are the most feared individuals in the underhive and, for the right fee, they will aid House gangs in their fight for survival. The Dramatis Personae cards bring the rules for these celebrated fighters together in one place and are ideal if you’ve picked up any of Forge World’s Bounty Hunter models. 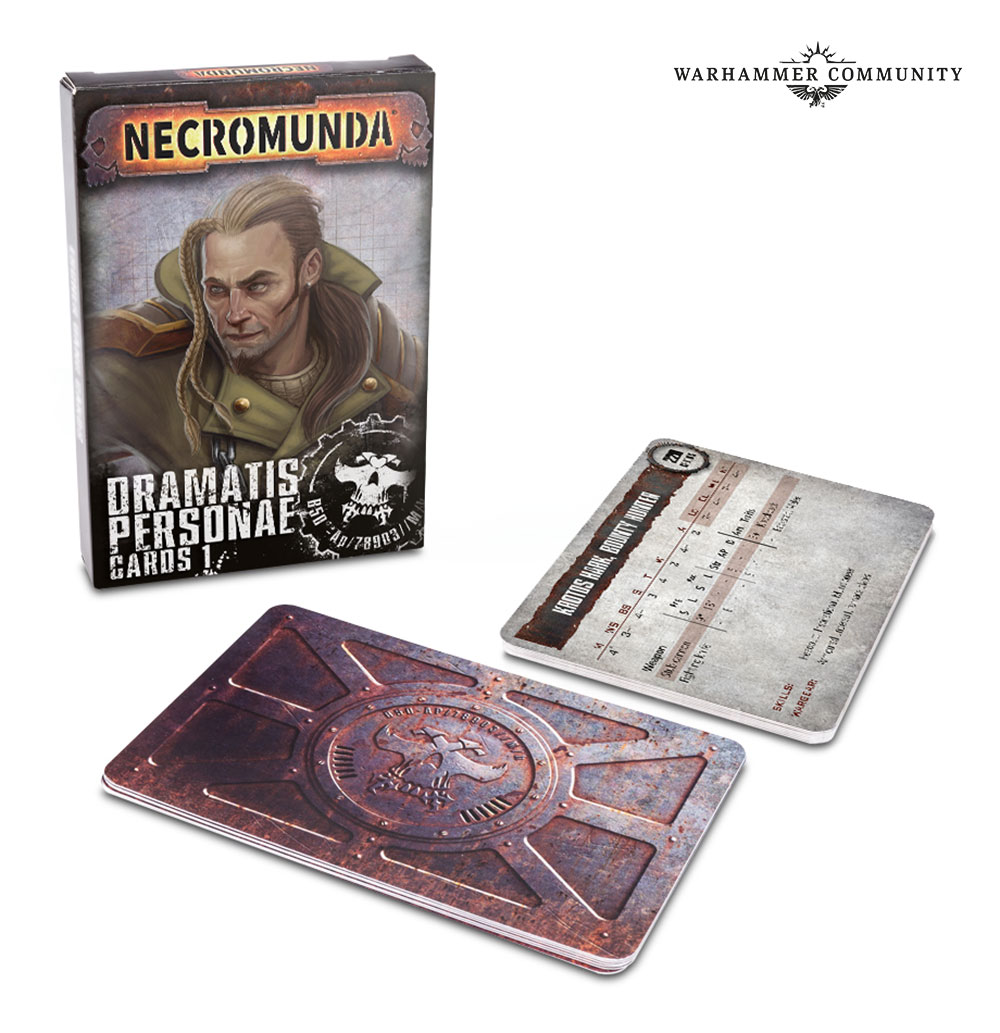 Sometimes, gangs find themselves completely outmatched by their opponents, but in our experience, that just makes the underdogs fight all the harder (and/or dirtier). These cards add a level of parity between two gangs that would otherwise be seriously mismatched – grab them and teach an underdog some new tricks*! 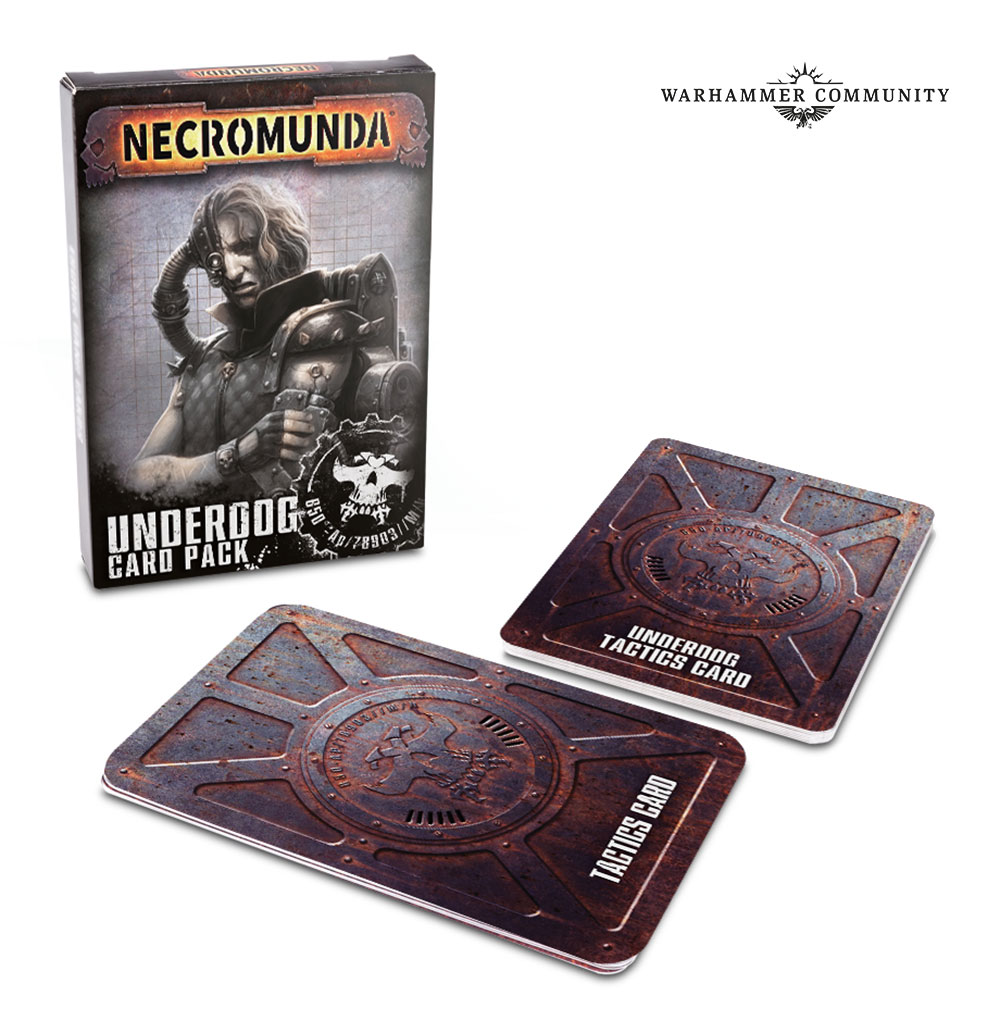 Pre-order these models later this week, keep an eye out for more previews and rules focuses throughout the next few days, and stay subscribed to our newsletter for the latest updates delivered right to your inbox.
7/28/2019
Natfka
Necromunda , Warcry