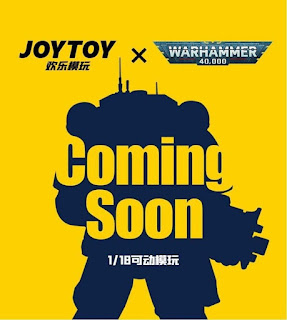 Im not quite certain what this is. Its definitely an official collaboration announced yesterday.
It looks like Joytoy does a lot of action figures including battlesuits and mecha type stuff.
via Joytoy
https://www.hxjoytoy.com/news/5947.html
On May 17, 2021, JOYTOY (abbreviation: Happy Mode Play) officially announced that it has been authorized by the British Games Workshop® (abbreviation: GW) company to jointly launch a series of #战锤40000# classic characters of 1:18 super movable The finished product model play, this series of products is planned to be officially released in June this year.
5/18/2021
Natfka
Warhammer 40k