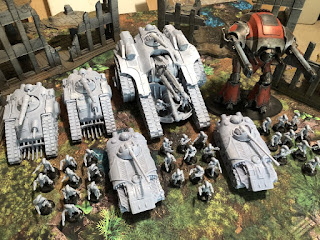 Taking a break from resin printing for a brief time. Just to catch my breath, deep clean the areas I print, replace cleaning supplies, etc. In the meantime I have been printing up an army solely from Aphyrion Games and her Patreon.

So when I do get back going, I have some smaller terrain pieces I am wanting to see printed up from Grimdark Terrain and some additional large robots from Aphyrion's April releases.

This army is being printed for games in The Genesys Project's third age as a cybernetic robotic army. So this will be an incredibly fun faction for games.... with the super heavy weapons carrier a central part of its arsenal.

You can see just how big this tank is. 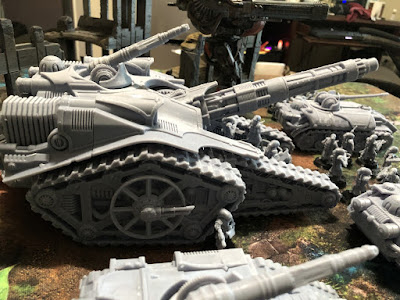 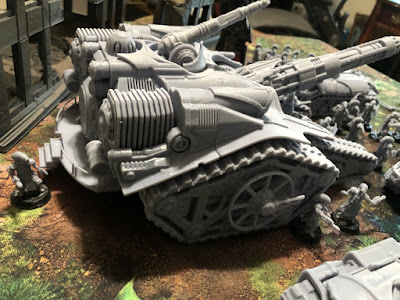 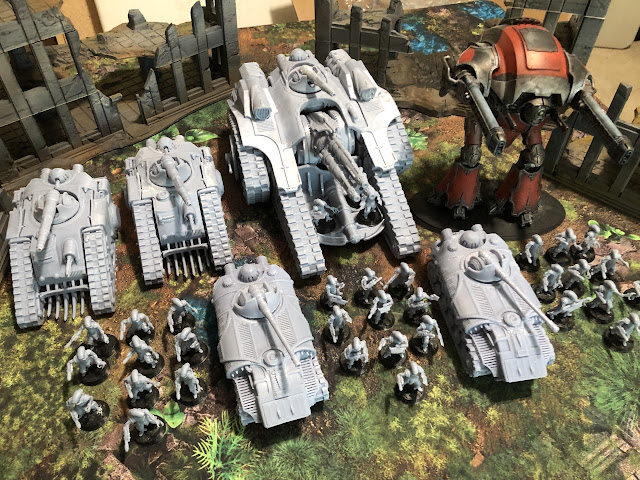 PRINTING THE CALISTO SUPER HEAVY WEAPON'S CARRIER
As for printing that massive tank it took almost 4 bottles of resin with some of the errors I had. Some of the errors were my own.... messed up and forgot to put enough resin the vat was the worst of them. I also had to split a couple of the stl files as the print did not fit on my printing plate. Since doing this was rather new to me it took me a little resin to figure it out. I also printed several pieces without hollowing them out to save resin. Leaving them solid was the plan to reduce shrinkage and help me if I needed to do sanding or trimming for assembly.
I also decided to magnetize the primary cannon and side sponsons. The top turret really moves around quite well and did not need additional magnetizing. I printed a ton of additional turret options and primary cannons with magnets to switch them around. (some of which I have not yet attached magnets to).
Overall it took me 2 weeks to print and assemble.
4/17/2021
Natfka
3D Printing