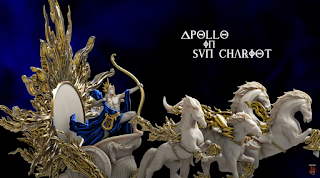 Heroes Infinite is taking a bold leap forward this month in March and adding two new Tiers to their Patreon. First of all.... for those of us with the $10 Patreon subscription, nothing has changed for us and your subscription tier is very similar to what we have had for so many months.

Here is your preview video-

What Heroes Infinite has done is add in new Troop sections for a new Tier Level! This part is amazing to me with this month offering 4 new troop selections for your including 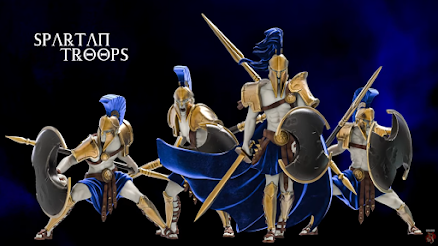 What we dont know yet is just how modular these are. If they are modular though Heroes Infinite has done something amazing.

The first is the current tier that we have had all along. (Tiers listed and described by Heroes Infinite)
1. The LEADER tier ($10) that you’ve been subscribed to continues to exist and remains the same, with many Heroes, Big Creatures, Centerpiece(s) and a sprinkling of non-heroic NPCs/Troops.

2.  The PHALANX tier will focus nearly exclusively on Troops/non-heroic NPCs, 15 to 20 of them. It will also include modular scenery and/or scatter terrains. It will be priced at $9.

The last Tier is if you want both Tiers at a combined but discounted price.

3. The OVERLORD tier is also a new tier for those who want it all and more! It will contain ALL the miniatures of the release + an exciting exclusive miniature such as a mounted hero or a special creature or a very unique character.  30 to 40+ models!!! It will be priced at the price of $16.

Currently Heroes Infinite is working on getting the Phalanx Tier up on Patreon, but as of right now the time of this article only the Leader and Overlord Tier are available. This months releases will be available for your Patreon subscription sometime around March 4th give or take a day or so.

I did sign up for the Overlord Tier which upgrades my current subscription. Just how these miniatures work (modular or at least customizable) will determine if I most likely stay at that level. I will definitely be letting you know what I think of the new Tiers as we take an inside look at them later in the week.