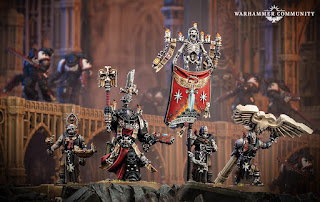 Black Templar reveals continue with Chaplain Grimaldus. This is all looking good for Templar players and will most likely bring many out from the closet! 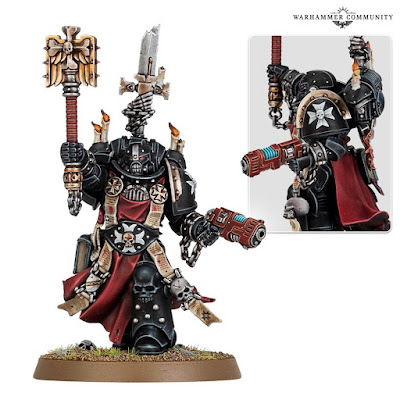 He may be clad in a shiny new suit of Mk X Tacitus Armour, but the detailing is full of callbacks to his classic miniature. From the bonding studs in his greaves to the candles on his backpack, Grimaldus is dripping in nostalgia and looking sharper than ever before.
Grimaldus earned his title during the siege of Helsreach, when a millions-strong Ork horde fell upon the hive city. After months of intense fighting, the survivors fell back to the Temple of the Emperor Ascendent where they held the Orks at bay until the building itself collapsed around them.
Miraculously, Grimaldus pulled himself from the rubble carrying three holy relics of the temple. Ever since, he has marched to war with them at his side, carried by a retinue of Cenobyte Servitors. 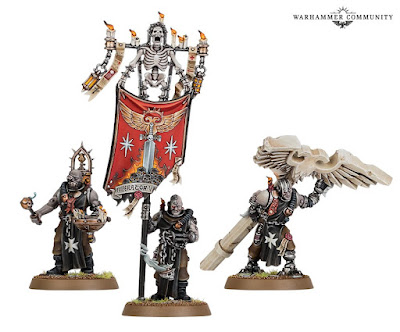