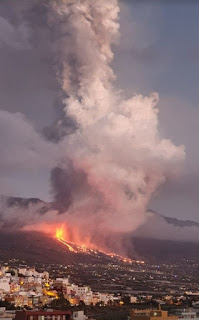 The crew that runs the Artisan Guild is currently safe and not under evacuation, but towns just near to them are. We hope they are doing good and love their work!!!

We wish them well and hope they remain in a safe location. 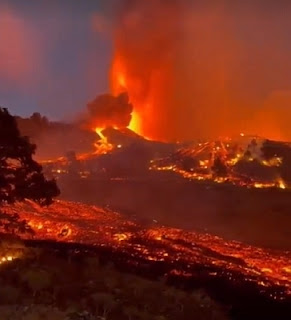 Hey guys!
We might have a bit of a trouble here but everyone is safe,
the next release might come a bit late if we need to evacuate this side of the island, but this is not probably going to happen.
Some towns near our city are being evacuated today but probably our zone is safe.
We wanted to let you know, just in case there are connection problems in the next few hours or even days.
Hopefully the lava will not get near the studio and we can finish the set in time :)
Most of the Gnolls for the next month are already under supporting and testing, if things get worse we might have some troubles making the Pinup or the terrain of the month.
We will keep you posted!

This eruption is on the Spanish Canary island of La Palma.

Check out the live footage!

Not certain who the Artisan Guild is? They run one of the largest 3D Print patreons for tabletop gaming with amazing releases and thousands of subscribers.

Here is their September release and a look back at a few others. Note that they have many modular miniatures in these sets so you can really do some serious printing to create and customize your armies!!!

Next month is a Gnoll release!