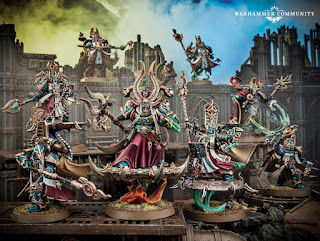 Cabbalistic Rituals in the new codex along with just what the 9 Ruling Cabals are. You will be generating a pool of Cabal points to use for your Psykers

Here’s how Cabbalistic Rituals work in the new codex.
At the start of your Psychic phase, you generate a pool of Cabal points depending on the number and type of Psykers in your army. 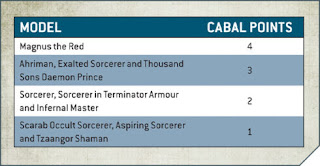 You can spend these Cabal points to augment the capabilities of your psykers – and you’d be mad not to, as you’ll lose any left unspent at the end of the phase. As with many Tzeentchian abilities, there are nine Cabbalistic Rituals to choose from, each of which costs between 3 and 9 Cabal points to use. 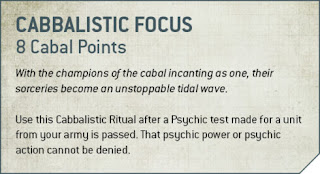 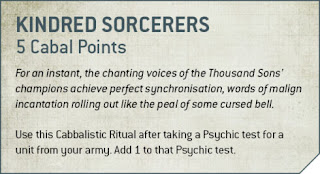 Plus there are now 9 Ruling Cabals

The new codex features rules for all nine Cults of the Legion, and each has their own bespoke psychic power, Warlord Trait, and item of Sorcerous Arcana 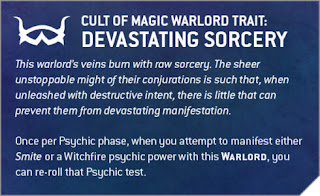 You’ll also be able to upgrade any of your Thousand Sons Sorcerers (if they have Sorcerer in the name, they’re fair game) to members of the Legion Command. Whether they’re the leader of a cabal or a lesser magi who has risen to sudden prominence (such is the way of Tzeentch), you can choose from a number of Legion Command upgrades at a small cost in power or points, according to their unit type.