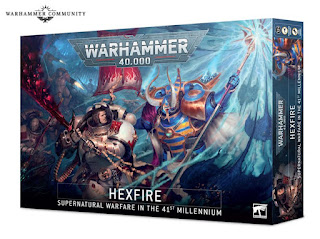 Hexfire will prove to be an exciting boxset that will be hard to get before they are whisked away into the warp. So get ready cause I think this one will be big. Lets take a look at what was revealed today. 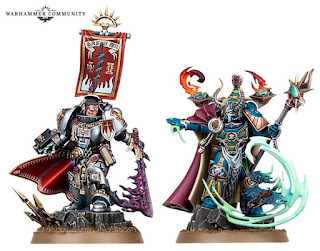 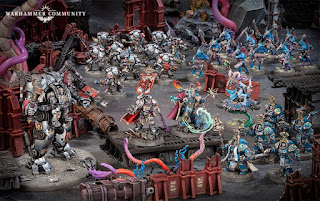 The Grey Knights, led by the head of the Purifier order, Castellan Crowe, contains two five-man squads of Grey Knights in power armour, plus a mighty Nemesis Dreadknight. The Grey Knights can be assembled as Purifiers, of course, or as a Strike Squad, Interceptor Squad, or heavy-weapon-toting Purgation Squad. 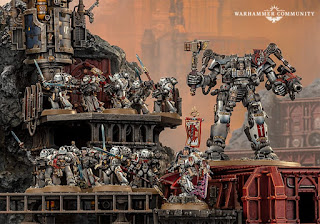 The other half of the box consists of the Infernal Master, along with five Scarab Occult Terminators, plus ten Tzaangors and a Tzaangor Shaman. That’s a lot of firepower and sorcery-slinging action in a small, elite force. 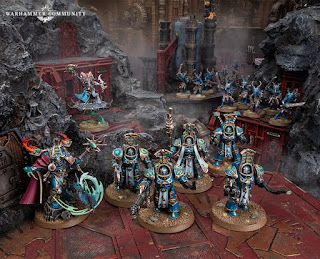 Alongside the box, both the Grey Knights and Thousand Sons will be getting a new codex, each packed with powerful new abilities, Crusade rules, and more. 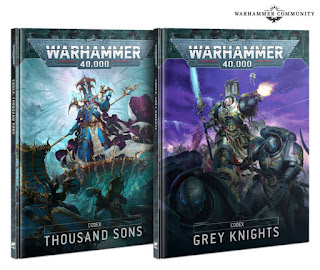