Blackstone Fortress Deadly Alliance is coming, but what exactly is it beyond introducing the new Zoat miniature?

via the Warhammer Community
https://www.warhammer-community.com/2020/03/25/deadly-alliance-a-new-challengegw-homepage-post-3/

Taking on the Dark Vortices and overcoming the Shardcell to quell the Seethe won’t be easy, even with the help of the Archivist. Confused? Allow us to explain as we reveal some of the new rules in the latest Blackstone Fortress expansion.

The Seethe
Within the Blackstone Fortress lies an area known as the Seethe. Due to it being in constant flux, it’s one of the most dangerous regions of the mysterious station, but that also means that it’s full of ancient relics yet to be recovered. These dangers are represented by new Shardquake Discovery cards. 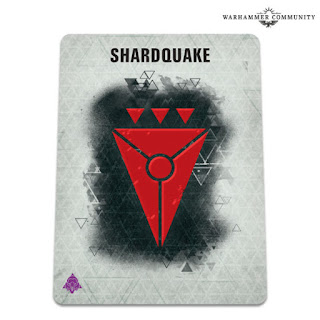 When one of these cards is drawn, you have to roll on the Shardquake table. The results range from having one of your adventurers mysteriously reappear…

…to the entire battlefield shifting beneath the feet of your explorers. 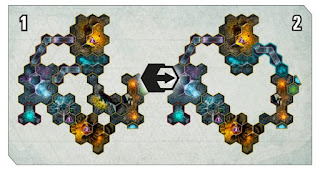 To quell the Seethe, you must overcome the Dark Vortices and to find them, you’re going to need some help. Fortunately, there’s a Zoat on Precipice who seems to know its way around. We’ve already seen the model for the Archivist, now let’s see how it can help you on your quest.

Trust
The Archivist brings with it a new mechanic – Trust. While the Zoat trusts your team of explorers, you can choose his actions, making it easier to bring the full power of its atomic disassembler and eradicator glove to bear on hostiles.

However, when the Archivist doesn’t trust you then you have to roll on its behaviour table. This makes its actions a bit less predictable but does include the unique Reave action.

You can gain trust by completing expeditions or by gifting archeotech to the Archivist. However, due to the Zoat’s Withering Cynicism, it’s also very easy to lose trust – things such as the Archivist taking wounds or even being three hexes away from your explorers can cause it to become distrustful. The Quest to Quell the Seethe is a perilous adventure and you’re going to want the full trust of the Archivist when you come to take on the final test of the Shardcell.